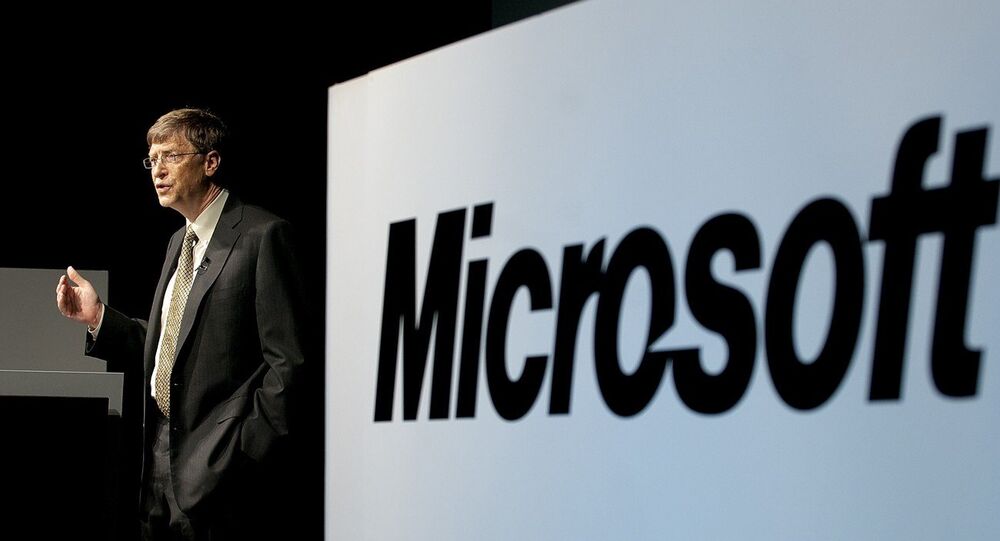 The news comes as Microsoft announced it would close 72 stores in the United States and others, costing the US tech behemoth roughly $450m in pre-tax expenses.

Microsoft Corp will keep open retail stores in China despite closing them across the US, UK and European Union, the company announced on Sunday according to Chinese media.

The news follows an announcement from the US tech giant on Friday to permanently shutter all physical stores, including the US, UK, Canada, Australia and Puerto Rico, among others, as the company shifted to online sales.

Microsoft said it will keep its Experience Centres open in London, Sydney, New York and Redmond, adding that it will shift to remote working and does not plan to lay off employees.

© AP Photo / Ted S. Warren
Microsoft Says It Will Permanently Close All Retail Stores
The ongoing COVID-19 pandemic in late March also forced the US tech firm to speed up its digital transformation by adopting remote working and online support, the company added.

But despite the massive shift in its workforces, Microsoft has lowered focus on its retail division and plans to boost its role in developing key emerging technologies amid Beijing's push to rise as the world's tech capital, it has been revealed.

According to Microsoft's website, the company's "most complete" subsidiary and largest research and development (R&D) centre outside the US was in China with roughly 17,000 partners across the mainland.

The company hosts additional R&D facilities in Seattle and Munich and has shifted to developing AI and IoT technologies as part of China's Fourth Industrial Revolution strategy to automate manufacturing and build smart cities, among others.

Microsoft also opened a massive artificial intelligence and Internet-of-Things laboratory in Shanghai in May last year, Hong Xiaowen, Microsoft senior vice-president and chairman of Microsoft Asia Pacific R&D Group said. The 2,800 square metre facility in Shanghai's Pudong New District is Microsoft's first AI and IoT lab in the Asia-Pacific and the largest in the world.

© REUTERS / Thomas Peter
Heavy is the Head: China's State Council Pledges $1.4tn to Take Top Spot From US as Global Tech King
“The world’s largest Internet of Things market is in China, and artificial intelligence and the Internet of Things have great potential for development in China.” Kang Rong, Microsoft Greater China vice-president said at the time.

The news also comes as Microsoft reopened its facilities in China amid the ongoing coronavirus pandemic, with company co-founder Bill Gates stating its operations in China were an example of how to reopen businesses as developed countries moved into "the second phase of the epidemic".

"The rules about what is allowed should change gradually so that we can see if the contact level is starting to increase the number of infections. Countries will be able to learn from other countries that have strong testing systems in place to inform them when problems come up," Bill Gates wrote in a blog post last week.

Microsoft Says It Will Permanently Close All Retail Stores