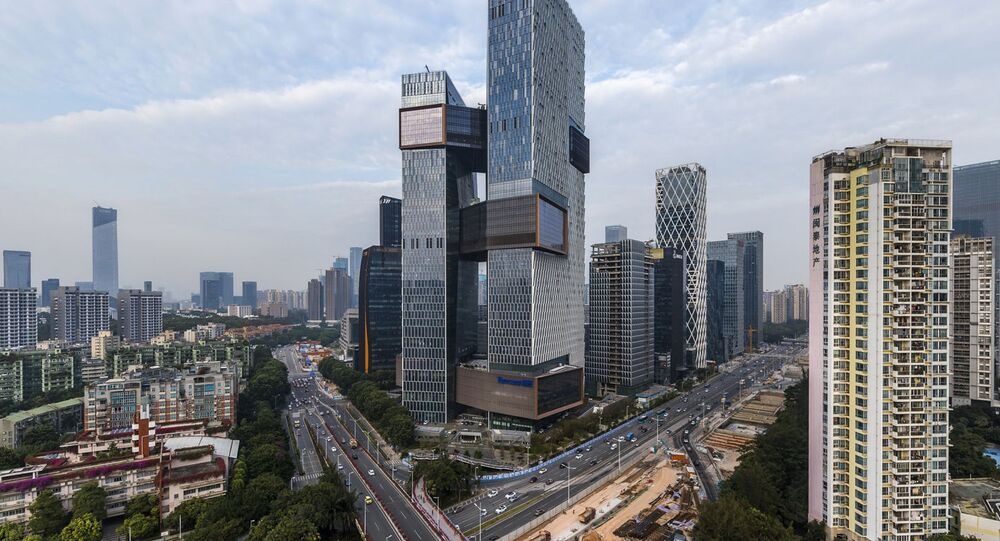 The two firms have been collaborating on short video production services to boost advertising for numerous foreign brands operating in mainland China. The news comes as numerous foreign firms have sought to capture a share of the one of the world's largest consumer markets.

The partnership with Tencent subsidy Tengwuyang aims to build inroads for foreign businesses selling goods and services in China via popular Chinese video mobile platforms such as TikTok and Kuaishou, which have 400m and 216m daily active users, respectively, according to figures cited by Sealand Capital.

Other platforms such as WeChat Moment, Tencent Video and Weibo would also boost "consumer momentum in China" and would work with key opinion leaders and social influencers, according to the firm.

© REUTERS / Aly Song
Tesla Sales Surge 150 Percent in China Amid German EV Motor Rivalry, Glencore Rare Earth Partnership
"We are very excited about the [joint venture] we have set up with our trusted partner, Tenet, which has an extremely strong offering in the short video apps market. We can leverage their skill sets to provide a digital bridge between Chinese consumers and foreign merchants," Sealand Capital executive chair Nelson Law said in a statement.

The investment firm was "actively marketing" to British brands, "especially those which have not been sold in China to date and are looking to access that lucrative and large market", Mr Law added.

British products were "very popular among Chinese consumers" due to their "reputation for quality and relative rarity", the top exec said, adding efforts to enter the Chinese market were "low risk, resource light and cost effective".

The news comes as investment from numerous electric vehicle auto firms have surged in China amid the ongoing COVID-19 pandemic, including Tesla Motors, Volkswagen AG and BMW.

Tesla reported record high sales of models in China just five months after starting production from its Gigafactory 3 plant in Shanghai, with over 11,000 new vehicle registrations totalled in May, according to multiple car associations.

Volkswagen AG pledged €2bn in a joint venture with Chinese electric vehicle firm JAC Motors in June, with the auto giants aiming to produce five electric vehicle models by 2025 to meet mainland demands and build new batteries, it was reported.