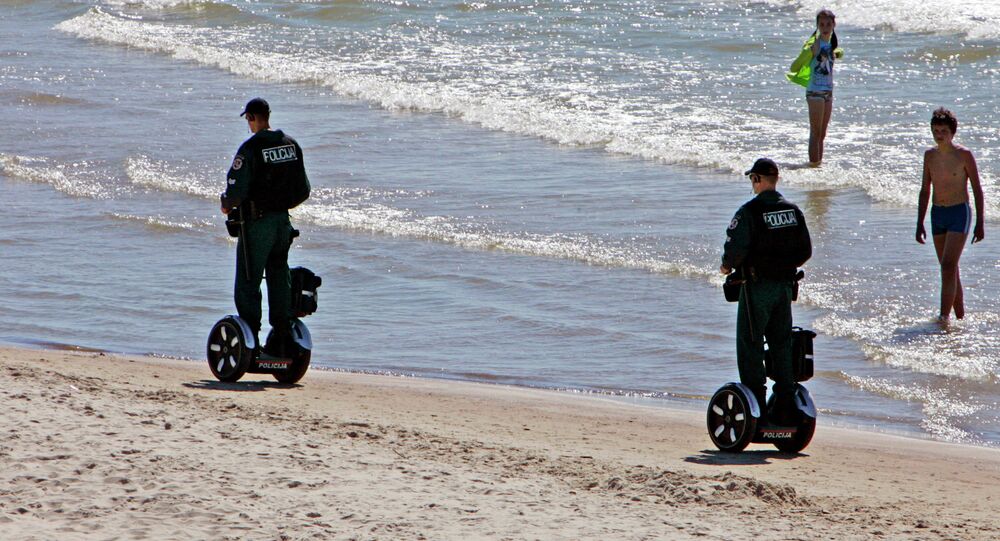 Fun While It Lasted: Segway Pulls the Plug After Failing to 'Revolutionise' Personal Transport

Segway was founded in 1999 and 10 years later it was bought by British entrepreneur Jimi Heselden, who fell to his death while out riding one of the transporters. The company never really recovered from the damage to its reputation.

Segway, which once claimed it would "revolutionise" the way people get around, is to end production of its two-wheeled personal transporter next month.

The Segway PT became popular with tourists a decade ago and some police forces even acquired it for patrolling officers.

It's the of the road for the Segway - and most likely the end Segway polo as a sport. One of the many sports I never really mastered - a shame as it's great fun. #Segway #happiertimes @mikebreakfast @mikewardian @stevewoz pic.twitter.com/9OWzfVT7wR

​But the Segway PT suffered terminal damage to its reputation for safety after a string of high-profile crashes, including one which claimed the death of the company’s 62-year-old owner.

In 2003, in which President George W. Bush fell off a Segway at his parents' summer home in Kennebunkport, Maine. He was uninjured but the accident just highlighted how difficult the Segway was to use safely.

The company - which is now owned by a Chinese firm, Ninebot - will make 21 workers at a factory in Bedford, New Hampshire redundant when it shuts down production on 15 July.

My only experience with a segway was when somebody ran over my toddler with one. He was teaching a class on how to safely ride segways at the time. At the time that he... RAN OVER A TODDLER (no serious injury).

​Segway president, Judy Cai, said: "This decision was not made lightly, and while the current global pandemic did impact sales and production, it was not a deciding factor in our decision."

The Segway's US$5,000 price tag meant it was never going to replace bicycles or motorbikes and in recent years it has battled for market share with electric scooters, which can cost as little as US$500.

What I would give just to be outside, enjoy the Segway whilst the ocean breeze caresses my cheeks. pic.twitter.com/UWbDETBvJc