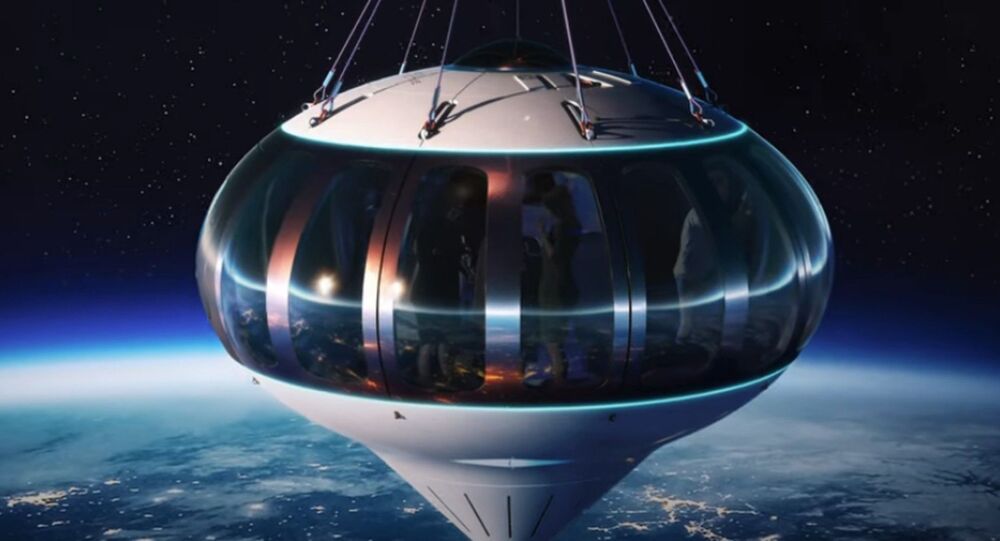 Startup company Space Perspective plans to send commercial passengers in a pressurized capsule to the edge of Earth’s atmosphere via hydrogen balloon from Florida’s Kennedy Space Center for $125,000 per person.

The space tourism market continues to grow, with Space Perspective announcing its plan to use its access to NASA facilities to send people 20 miles up into the sky via hydrogen balloon into the Earth’s stratosphere, according to United Press International (UPI).

"We're designing this to have a very low training requirement, with little more training than a passenger on a commercial jet, to make it as accessible as possible," said Jane Poynter, who is a co-founder and co-CEO of Space Perspective alongside her husband Taber MacCallum.

At $125,000 a head, the anticipated ticket price is exactly half the cost of a spot on Richard Branson's Virgin Galactic space flights, which will send passengers 50 miles up into the sky.

"We just don't know about the success of space tourism in the long run because it hasn't been done. We do know people are lining up to pay deposits on Virgin Galactic tickets," MacCallum told UPI.

Sputnik reported last month that Branson has been scrambling to part with shares of his Virgin Galactic company to rescue a number of his businesses, including Virgin Atlantic.

Jim Cantrell, a businessman who assisted in the founding of SpaceX, told UPI that he foresees a grim outlook for Space Perspective due to its use of hydrogen, which may scare prospective customers away.

"You're probably more likely to get killed on one of our freeways than with something like this, but it will require a change in perspective," he said.

However, Space Perspective told UPI that it has the safety aspect covered in the event that the capsule strays from its course or encounters a problem with the balloon.

"We are confident we can accurately predict where it will go and have recovery ships waiting," MacCallum said.

The startup envisions the balloon to be as expansive as a football field and tote the 16-foot-wide Neptune capsule from the Kennedy Space Center. Space Perspective has currently collected enough funds for a maiden test flight, sans crew, in early 2021.