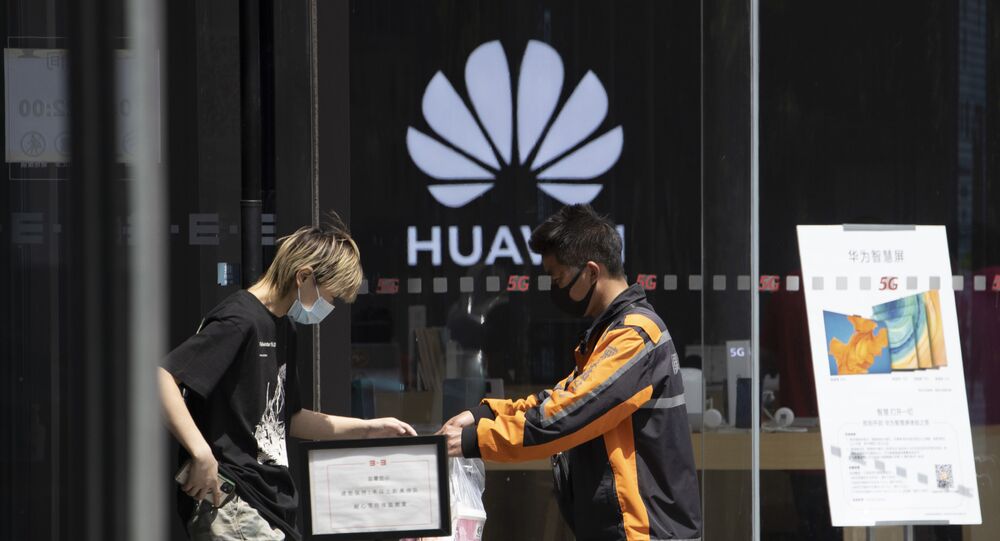 Huawei has repeatedly denied US accusations that the company is collaborating with the Chinese government to allow it to spy on those who use the tech giant’s equipment.

In an interview with the BBC, former Google chief executive Eric Schmidt accused the Chinese telecom giant Huawei of engaging "in some practices that are not acceptable in national security".

"There's no question that information from Huawei routers has ultimately ended up in hands that would appear to be the state. However that happened, we're sure it happened", Schmidt claimed.

He also argued that the Chinese tech titan can be seen as a means of "signals intelligence", in an apparent nod to the intelligence and security organisations, such as the UK's Government Communications Headquarters (GCHQ) or US National Security Agency (NSA).

According to Schmidt, Huawei should first of all be viewed in the context of the company’s challenge to the US government

"It's extremely important that we have choices", the former Google boss said, adding, "the answer to Huawei […] is to compete by having a product and product line that is as good".

The interview comes amid the ongoing US crackdown on the Chinese firm, which kicked off in 2019, when the Department of Commerce blacklisted Huawei, accusing the company of cooperating with China's intelligence services, allegations that both Beijing and the company vehemently reject.

"It is simply not true", Victor Zhang, Huawei's UK chief said in a separate interview with the BBC, referring to the US accusations.

"Huawei is a private company, 100% owned by its employees. Huawei is independent from any government, including the Chinese government", he underscored.

Earlier, he insisted that "it's clear that market position, rather than security concerns, is what underpins America's attack on Huawei".

The US clampdown on Huawei takes place amid the UK’s current review of Huawei’s participation in creating Britain’s 5G infrastructure.

In late February, the British government announced that it would give the company a limited role in building the UK's 5G network, despite previous warnings from Washington that the move could potentially compromise Britain's security and hamper intelligence-sharing between the US and the UK.