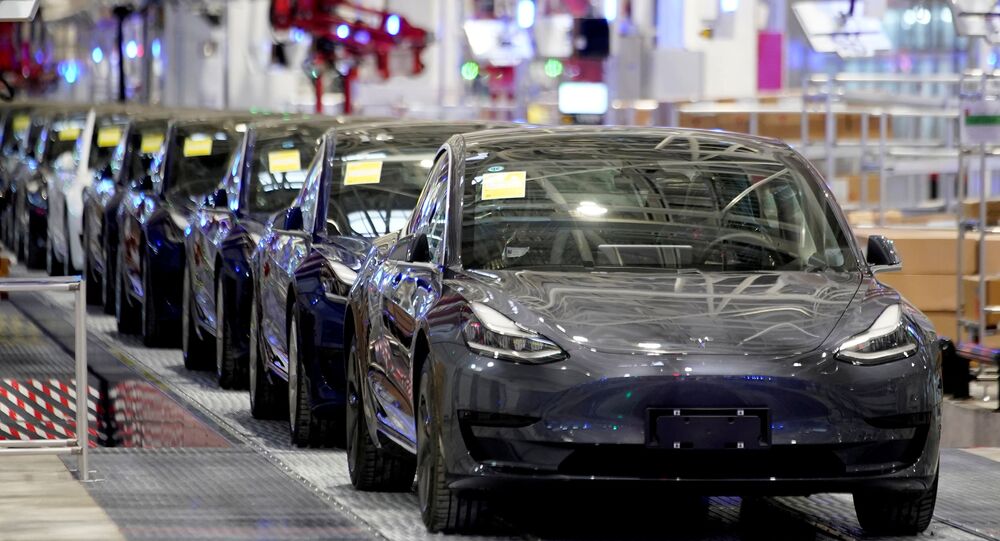 The figures showed that the Chinese automotive industry was recovering from the ongoing COVID-19 pandemic lockdown and that the electric vehicle giant's investments in China's massive auto market were paying off, reports revealed this week.

US electric automaker Tesla has earned record high sales of its models manufactured in China in May just five months after the company began producing units at the Gigafactory 3 in Shanghai, according to reports.

Registrations for Tesla motors in China reached 11,364 in May, just a month after sluggish sales were reported due to the ongoing COVID-19 pandemic, data from the China Automotive Information Network as quoted by Bloomberg revealed.

According to the China Passenger Car Association (CPCA), Model 3 sales from units produced in Shanghai tripled to 11,095 vehicles in May and even surpassed local competitors in China, topping total sales.

The factory is the first outside the United States, allowing the EV giant to compete directly with rival automakers such as BYD Volkswagen and BMW, among many others.

“While the stock has been roaring higher, we believe the main fundamental catalyst continues to be the massive China market which is showing clear signs of a spike in demand for Musk & Co. heading into the rest of this year,” Wedbush Securities' Dan Ives said as quoted by Business Insider.

Beijing's Environmental Exchange also launched an incentive programme for motorists on 5 June with a threshold of 300,000 yuan per EV to receive subsidies and Tesla reducing its Model 3 price to meet the requirements, selling regulatory credits worth $354m in the first quarter according to Market Realist.

The news comes as Tesla reportedly said it would purchase cobalt for EV batteries from Swiss mining and commodities giant Glencore, which mines in the Democratic Republic of Congo, to secure enough rare earth materials for boosting production in China and a potential Gigafactory near Berlin, sources familiar with the matter told Bloomberg.