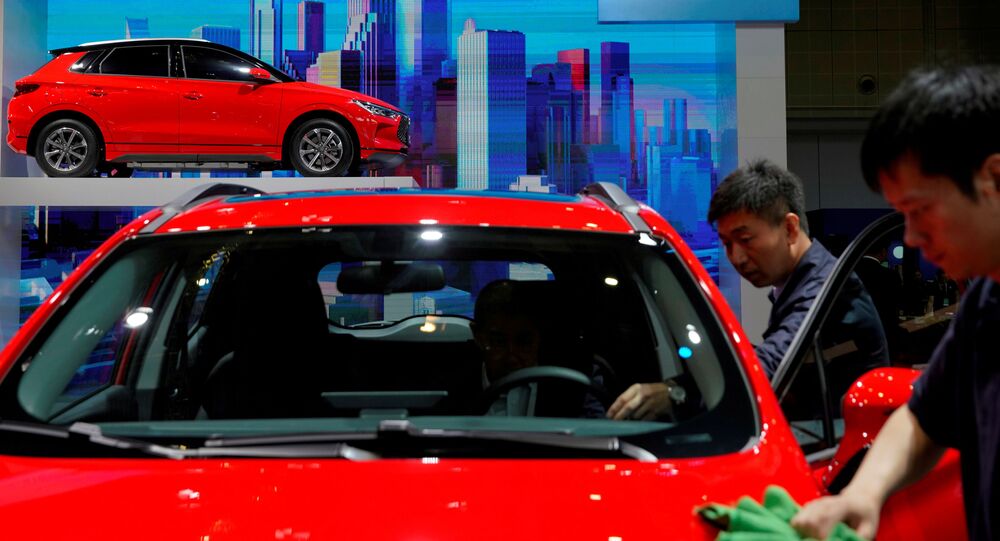 The cooperation agreement comes as mainland efforts have been made to boost China's domestic chipmaking market amid the ongoing US trade war, which saw blocked access to key US and allied semiconductor technologies.

Huawei Technologies has partnered with Chinese auto giant BYD to supply the latter with Kirin 710A chips for motors, it was reported on Monday.

“BYD has already obtained Kirin’s chip technical documents and started the developing process. Kirin chips have been in the automobile market for months. It’s now targeting BYD, hoping to launch the chip in the car model to open the market,” unnamed sources revealed on Monday in an article from Chinese tech media 36Kr.

© REUTERS / Thomas Peter
Heavy is the Head: China's State Council Pledges $1.4tn to Take Top Spot From US as Global Tech King
The news comes as BYD's board of directors announced on Monday it would boost the company's semiconductor unit capital by 800m yuan ($112.7m USD), according to a press statement.

Further cooperative projects between the world's largest IT equipment supplier and China's largest EV automaker included NFC modules for motors and HiCar smart vehicle technologies on the the sedan lineup, it was reported.

China's mainland chipmaking industry has seen a surge in investment after US president Donald Trump extended a ban on Chinese tech firms such as Huawei, ZTE and others placed on an Entity List in 2019.

Honor also reportedly said it would seek to acquire MediaTek 5G Dimensity series chipsets for its products in a bid to further reduce dependence on units produced by Taiwan Semiconductor Manufacturing Corp, who halted orders for Huawei products in May, citing fears of knock on effects from Washington's trade ban set to enter force in September.

Officials in Washington have routinely accused Chinese firm of being potentially used to spy for the Chinese government, which both Beijing and Huawei have slammed as false and demanded to see evidence, which the US government has failed to provide to date.