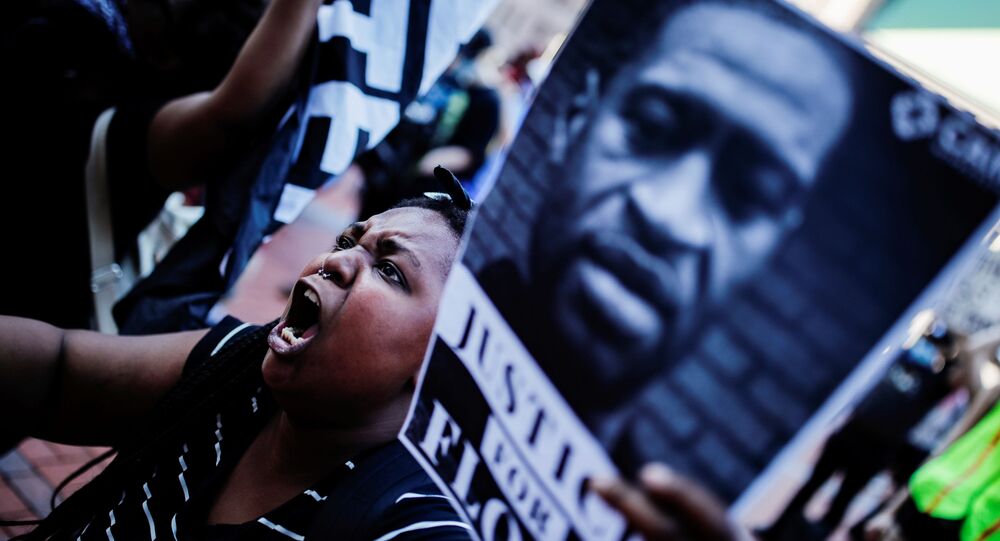 T-shirts, caps and face masks bearing "I can't breathe" are being sold on online platforms in China, after protests spread across the US over the killing of George Floyd, which lead to rising market demand for products bearing the slogan.

On China's online wholesale market 1688.com, about 30 retailers are selling products bearing "I can't breathe" - last words by Floyd as he had difficulty to breathe because his neck was squeezed by a white police officer in Minnesota. The video clip has gone viral on social media platforms all over the world and set off massive protests in the US.

The situation has caused rising market demand for T-shirts, caps and masks and overseas customers are sourcing the products from Chinese online shoppers, known for supplying cost-efficient small items to the world.

As market demands rise, shops have managed to sell hundreds of these products so far this month, according to data shown on the 1688.com website. Similar products also flood JD.com, one of China's largest online marketplaces.

An employee from Yuexing Hatmaking Factory in Jieyang, South China's Guangdong Province, told the Global Times on condition of anonymity that the company started to offer caps bearing the "I can't breathe" slogan this week. So far they have received orders for 200 caps.

Most of those who order or inquire about the products are shop owners on online cross-border marketplaces like Amazon.com, the employee said.

A sales representative from Henan Kabang Trade Co said that the company has uploaded T-shirts onto the web pages of the company's online shops, ready to take market orders. However, so far no one has ordered the T-shirts though there are about three or four inquiries each day.

"We see that some online shops in China started to sell products bearing the slogan, so we followed them. Now we are testing the waters, and we won't mass produce the T-shirts unless we receive a good number of orders", he said.

Chinese entrepreneurs' collective move to launch the "I can't breathe" products could be seen as a sign of rising demand for such items, as products sold by small-scale Chinese vendors are often a barometer of the global political situation.

© REUTERS / CARLOS BARRIA
People around a burning car in Minneapolis

Previously, sellers in China's small commodity hub Yiwu have flocked to produce yellow vests, hanging them at the entrance of their shops, when they received many foreign orders for the garments during France's yellow vest movement.

Xiao He, an associate research fellow at the Institute of World Economics and Politics under the Chinese Academy of Social Sciences, said that it's possible that the protests will last for some time -- say a couple of weeks, but they are unlikely to grow in intensity.

This Article Was Originally Published in the Global Times