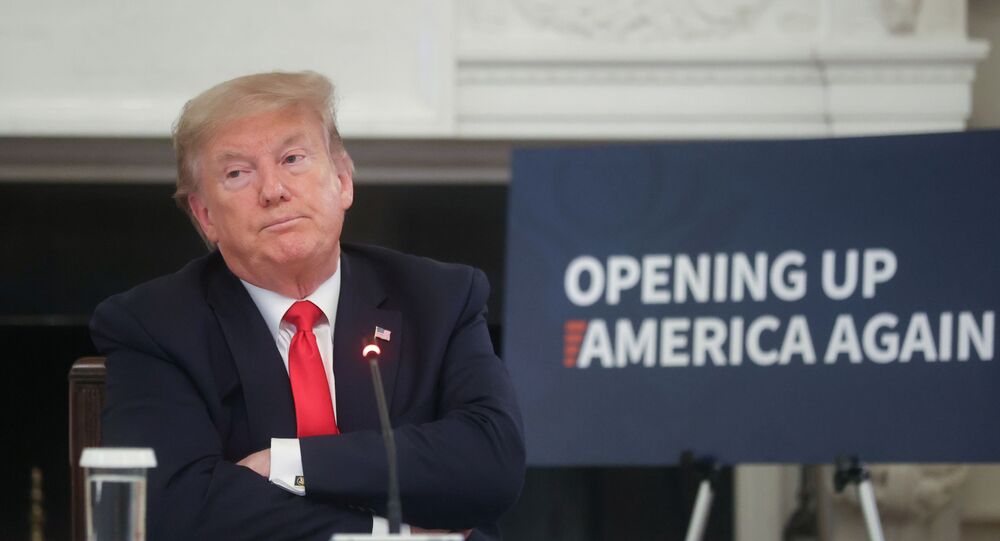 The rise of 'tech-nationalism' has been raised as a concern in key forums and conferences amid the ongoing US trade war on China. But what is the practice and how can governments, industry leaders and groups build common cybersecurity standards to boost transparency and reduce fallout from protectionist agendas? Sputnik takes a closer look.

A Closer Look At A Growing Trend in Cyber-Protectionism

According to an EastWest Institute report, tech-nationalism is the "direct or indirect measures" favouring ICT products and services from companies headquartered domestically in allied states against firms from competitors or adversaries.

The report wrote that increases in "nationalist and isolationist tendencies" undermined multilateral systems, as well as 'weaponised' international trade for geopolitical objectives were examples of tech-nationalism.

Mohammad Javad Azari Jahromi, Iran’s ICT minister, said at a World Economic Forum event last year that blocking tech firms over potential "backdoors" was irrational and governments should assume that all tech companies use them.

© REUTERS / JONATHAN ERNST
US Policy Harms Int'l Covid Strategy as Collaboration Urged In 'Hyper-Connected World' - Scientist
“If we decided to stop, for example, Huawei, who would come to our country? Another company will come. So, we should have good laws and regulations and a good agreement with them that if you are spying in our country, we will fine you,” he added.

China should enhance interdependence by renewing calls for "win-win collaboration" while respecting security concerns, Pan Jiafeng, president of the Institute of Science and Development at the Chinese Academy of Sciences, said at the time.

The statements come as the world's largest telecom equipment provider, Huawei Technologies, remains embroiled in a trade war with the US, with many countries mulling whether to allow the Chinese tech giant to build national IT networks.

The Shenzhen-based firm responded by publishing its position paper on cybersecurity, outlining the need to "evaluate risks in a rational, objective, and evidence-based way," it read.

"If we focus our attention on irrelevant factors like vendors' country of origin, it will only delay the resolution of security issues. If our approach to risk is based in emotion or bias, then our outcomes will be uncontrollable and we will be unable to achieve our security goals," the report read.

Huawei officials discussed concerns over the global rise of tech-nationalism in an event in mid-May, where the Chinese tech giant called for a common framework for tech industry standards.

Huawei's work with the GSMA and 3GPP built new industry standard on 5G, with the tech firm passing key audits in March and set to pass further tests in June, Mr Xie said.

Germany led the EU in cybersecurity policy and applied a unified set of standards to all vendors, he said, adding that critical components in end-to-end networks would face similar verification processes in the future.

Huawei's cybersecurity lab in Bonn was built in 2018 to address and collaborate on such standards, he added.

"We believe that cybersecurity can be verified by [systems] based on common standards, and that can build trust," he said.

Speaking on the need for Huawei's lab in Brussels, he said: "Because it's easier to work with the European Union and stakeholders. Because we believe that unified verification standards can benefit us and carriers in the EU and globally."

"The community should call upon us, our competitors and third-party providers to meet these requirements" as well as set minimum-industry standards and practices for "assurance and transparency" from the 3GPP, GSMA and others, he said.

Regional transparency centres built to test and evaluate products would help build trust in the ICT community, he said.

Further calls to action should include offering incentives to experts to strengthen transparency and assurance, as well as international norms to reduce the risk of malicious activity, he added.

Evaluating ICT equipment suppliers was a "shared responsibility" between telecom and mobile operators controlling most activities on networks and third-party suppliers, he said, adding boosts in R&D investment could increase transparency.

© REUTERS / Carlos Garcia Rawlins
Doing the MOST: China to Build 700 Key State Labs as Tencent Invests $70bn in Post-COVID-19 Recovery
"[Let's promote] the idea of us saying, let's as a global community work together more, to build on works such as the Global Commission on the Stability of Cyberspace [and] come up with specific incarnations of global norms of conduct, not just for governments, but for major organisations," Mr Purdy said.

'Global trust agreements' similar to the General Data Protection Regulation (GDPR) could also enforce "major consequences for companies who steal intellectual property, put in back doors or cause malicious conduct", he added.

The comments came ahead of Downing Street's announcement that it had "sought new entrants" in the UK telecoms market to help compete with Huawei and other Chinese firms, with the National Cybersecurity Centre stating it would assess the consequences of removing the Shenzhen-based firm's telecom equipment from national IT networks.

The Trump administration extended a ban on Huawei, ZTE and over 70 Chinese tech firms a further year, citing claims the companies could be used to spy for the Chinese government. Both Beijing and Huawei have sharply and repeatedly refuted the allegations and urged Washington to provide evidence for its claims.