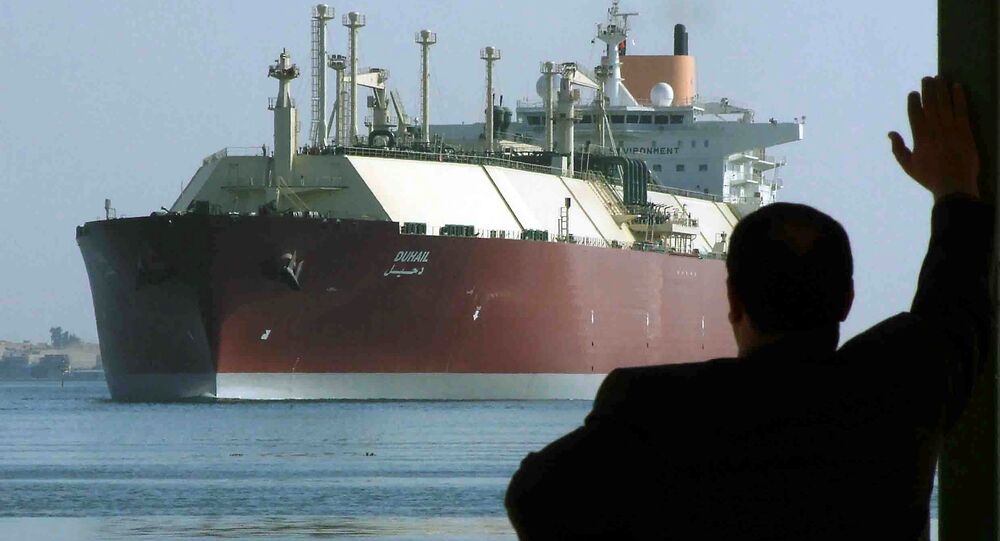 A healthy bilateral relationship will be important to Australian liquefied natural gas (LNG) exports to China, which will be the only meaningful market in the coming decade but one that is undergoing a structural change, Chinese industry insiders said on Tuesday.

Some long-term Australian LNG supply contracts are expected to expire against the backdrop of rising trade friction, with China slapping an 80 percent antidumping and anti-subsidy tariff on Australian barley last week, and temporarily halted four Australian beef plants to export beef to China.

On a longer horizon, Chinese experts pointed out that LNG imports are leaning toward spot contracts and away from long-term contracts.

Australia is the current leader in LNG exports to China. In the first quarter, the country exported 6.92 million tons of LNG, compared with Qatar's 2.33 million tons. Along with iron ore and coal, LNG is one of the most valuable Australian merchandise exports to China.

"Australia's LNG market share in China is likely to fall in the coming years, ceding market share to the US and Qatar, should Canberra's tensions with China continue," Guo Jian, gas marketing director at Sublime China Information Co, a Chinese commodity market information provider, told the Global Times on Tuesday.

There won't be many alternative markets for the squeezed-out Australian natural gas, with the EU, North America, Japan and South Korea being saturated in the coming years, Guo noted. In contrast, China's new LNG receiving capacity will be 30 million tons a year.

Most of the Chinese natural gas-fueled power stations were built around 2010 and some of them are now seeing their first long-term contracts nearing expiry, Guo said. Long-term contracts traditionally account for 80 percent of deals, and this includes the majority of Australian LNG deals.

Long-term contracts are bad for importers amid the current global crude price crunch, and they also make it hard for receiving facilities to share capacity with third-party importers, fueling rising demand in China to replace contracts with spot deals, experts noted.

Many new LNG resources extracted from Australia have lost their traditional low-cost advantage, and this does not bode well for Australian LNG in a market that's shifting toward short-term contracts and spot purchases, Wang Ruiqi, a gas analyst at domestic commodities information website 315i.com, told the Global Times on Tuesday.

Australian LNG will also face strong competition from US suppliers, against the background of the phase one trade deal signed in January between China and the US.

In the phase one trade deal, China is committed to purchasing $52.4 billion worth of energy products from the US under market conditions and a large chunk of the purchases will be LNG.

Several vessels are carrying US LNG to China, the first such shipments since March 2019, after Chinese state-owned energy firms applied for tariff exemption from relevant authorities.

"The existing long-term contracts will ensure existing Australian shipments to China do not contract significantly, but for the newly added market, let's keep finger-crossed," Wang said.