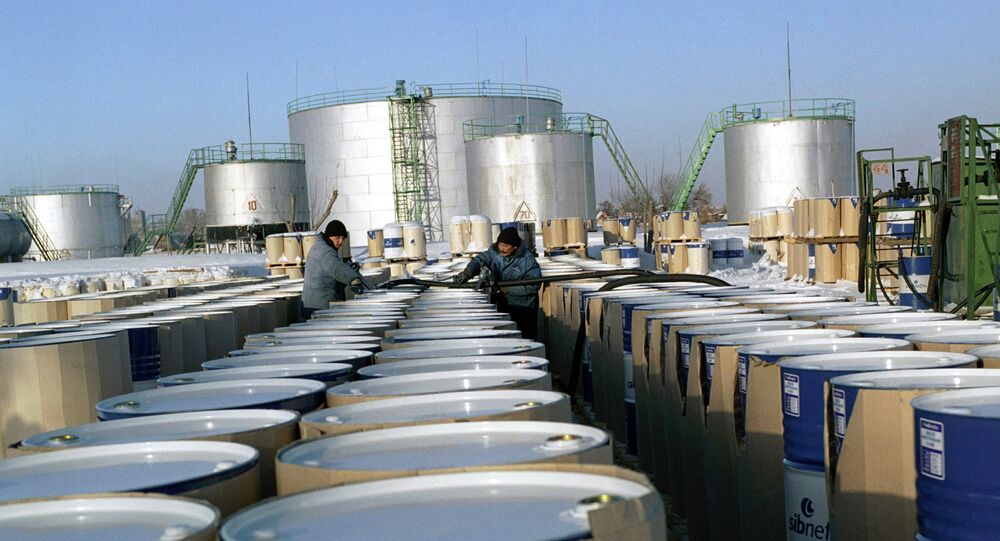 Can't Live Without You? Why US is Stockpiling Russian Oil Amid Overproduction Crisis on Market

The ongoing crisis on the energy market could be a blessing in disguise for American energy companies, who are using it to replenish their stockpiles of a valuable resource and at a discounted rate.

Little over a month ago market analysts forecast that oil reservoirs would soon be filled to the max due to low demand and the high supply of crude. But it seemingly failed to stop American refineries from buying more oil, including Russian stocks.

According to data from maritime monitoring services, seven oil tankers carrying up to 6 million barrels of Russian oil are on their way to the US right now. This is more than the 3 million barrels that the US bought when the crisis started to emerge in February. Analysts believe that refineries took the risk of buying Russian oil despite diminishing storage capacities at the beginning of April, because it was their chance to obtain the much needed Urals blend at the best price.

As experts explain, many American refineries were designed to work on so-called heavy oil blends, such as Venezuelan ultra-heavy crude and Russian Urals, and not light ones, such as Brent or WTI, extracted in US shale plays. Washington, however, crippled the heavy oil market by killing exports from two major producers, Venezuela and Iran, with sanctions, leaving Russia as one of the best options for American refineries.

After the introduction of sanctions, Russia suddenly became the second biggest exporter of crude and its by-products to the US after Canada. The supplies of Urals were limited though due to an OPEC+ deal, but in April 2020, when US refineries purportedly went on a buying spree, production was unlimited with prices at historic lows.

However, with the introduction of a new OPEC+ deal, a deficit of heavy blends on the market might return, with the price for Urals already breaching $34 per barrel. US energy companies will be well-stocked with it if such occurs, but these stockpiles can only last for so long. Once they are gone, American refineries might return to their pre-crisis tactic - buying Russian mazut, a low-grade fuel oil. While it's mostly stripped of key components like gasoline, petrol, or kerosene US plants can still extract some more from it.

"[Fuel oil from Russia and the former Soviet Union] helped to offset the impact of the collapse in Venezuelan fuel oil imports in the wake of US-led sanctions", analysts from American Vortexa noted back in November 2019.

Russia exported more oil products, like mazut than crude itself to the US in February 2020 ahead of the crisis - 614,000 barrels versus 114,000 barrels of oil. This situation might repeat itself once the current energy crisis is over.