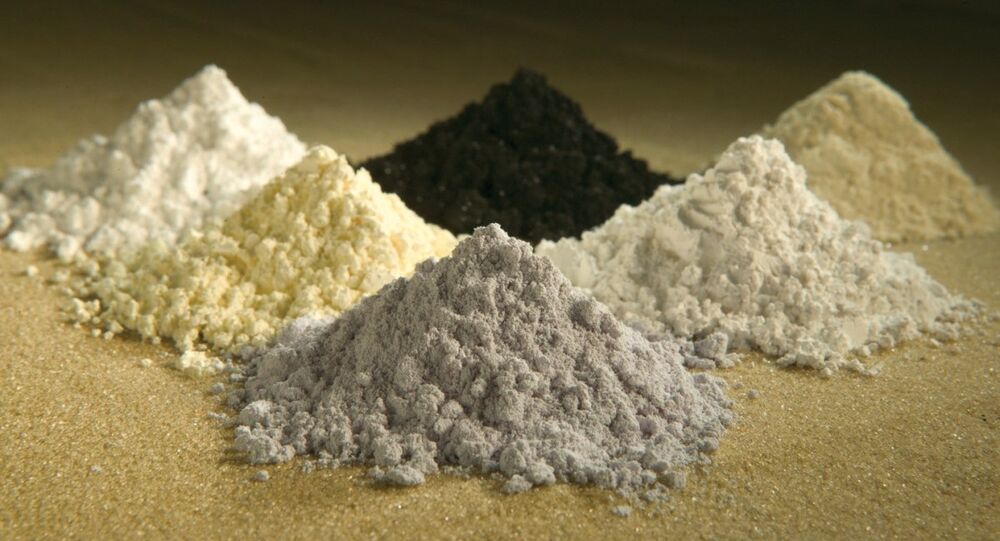 In mid-May, Republican Senator Ted Cruz proposed a bill aimed at reducing US reliance on Chinese rare earth metals. China remains the world's largest producer of these strategic minerals needed to produce consumer electronics and a spate of weapons.

Reuters has cited three unnamed sources as saying that the Pentagon last month reversed its decision to fund two projects to process rare earth metals in the US.

The news agency also referred to a US government document which said on 29 April that the Department of Defence (DoD) informed applicants that a decision had been "put on hold until further research can be conducted".

The sources claimed that the move followed Australia's Lynas Corp and the privately held US firm MP Materials saying on 22 April that the Pentagon had awarded funding for the companies’ rare earth separation facilities in Texas and California.

Also on that day, US Department of Energy scientists reportedly expressed concern over the Pentagon’s move, pointing to a Chinese company's minority stake in MP Materials.

Lynas, meanwhile, has confirmed the DoD’s decision to halt funding, while the Pentagon and MP Materials have not yet commented on the issue.

The developments come after Republican Senator Ted Cruz in mid-May introduced a bill titled Onshoring Rare Earths (ORE) Act of 2020 and aimed at shifting US manufacturers from Chinese to domestically-sourced critical minerals and rare earths.

© AFP 2021 / STR
In a picture taken on September 5, 2010 a man driving a front loader shifts soil containing rare earth minerals to be loaded at a port in Lianyungang, east China's Jiangsu province, for export to Japan

The proposal would require the Secretary of Defence to provide grants to pilot projects for the development of rare earth metals in the US, also urging the Pentagon to use America-derived rare-earth elements in all military products.

The bill pertains to the 17 rare earths, used in consumer electronics, medical devices, clean energy, satellites, and fighter jets, as well as 4 other minerals which are critical to the production of electric vehicles.

Cruz said that the document was designed to help avoid a scenario in which Beijing may suddenly cut off US access to rare earth metals. According to him, "the ORE Act will help ensure China never has that opportunity by establishing a rare earth elements and critical minerals supply chain in the US".

USA Rare Earth, a miner developing a heavy rare earth project in western Texas, welcomed the bill and praised Cruz for "recognising that the first step in addressing China's dominance in the rare earths sector is prioritising domestic US rare earth development".

In 2019, Washington unveiled an international Energy Resource Governance Initiative (ERGI) to discover and develop reserves of critical minerals from Australia to Greenland, in an apparent bid to cut US reliance in this field on China, the world's largest producer of rare earth metals.

China to Introduce Rare Earths Policies as Soon as Possible