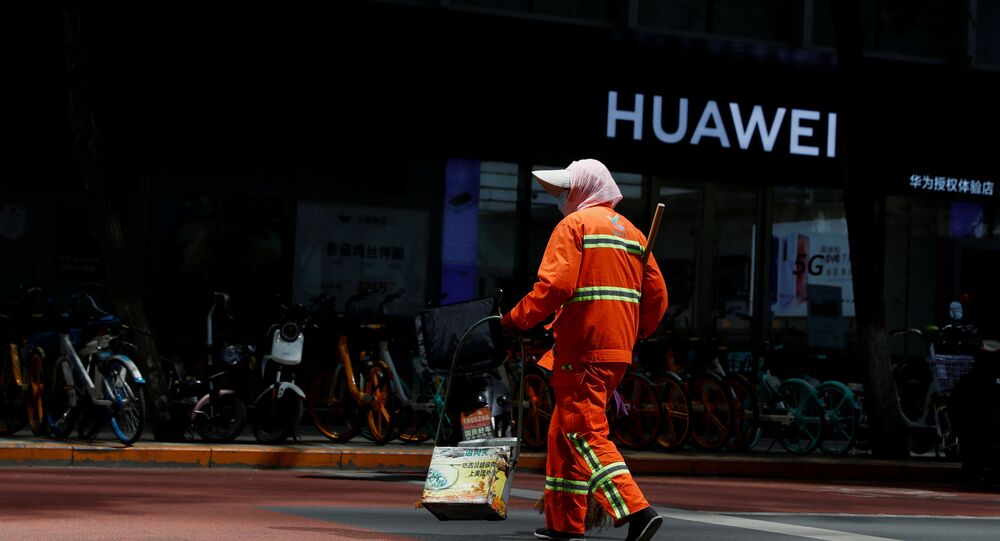 Last week, the US Department of Commerce announced new restrictions against Huawei, including a ban on the export of semiconductors from global chipmakers to the Chinese tech giant.

Huawei’s rotating chief executive Guo Ping has admitted that the Chinese tech giant’s “business will inevitably be impacted” by the recent US move to block shipments of semiconductors to the company.

“In spite of that, the challenges over the past year have helped us develop a thicker skin, and we are confident about finding solutions soon”, Guo said at a conference with industry analysts on Monday, adding that Huawei would need some time to “understand the impact” of the latest US restrictions.

He spoke after the country’s Ministry of Commerce pledged earlier on Monday that it would protect “the legitimate rights and interests of Chinese enterprises” but remained tight-lipped on possible retaliation for Washington’s move.

Guo was echoed by Jim Handy, semiconductor expert with the website Objective Analysis, who was cited by the AP news agency as saying in an email that “every electronics system that Huawei produces could be negatively impacted [by the latest US crackdown]”, given that “most China-based alternatives haven’t yet been established”.

Neil Thomas, a research associate at the US think tank Paulson Institute, told AP that the Chinese tech titan had already started to shift some of its semiconductor production from the Taiwanese manufacturer TSMC to its biggest producer SMIC, even though SMIC “cannot yet produce Huawei’s latest Kirin 980 chipset”.

Thomas’ comments followed the state-run Chinese newspaper Global Times citing an unnamed source as saying that Beijing is considering taking "forceful countermeasures" against the US move, which will allegedly include a clampdown on a number of major US companies, such as Qualcomm, Cisco, and Apple as well as the American plane maker Boeing.

“China will launch rounds of endless investigations on those firms, just like swords hanging over their head. It will dampen investors' confidence and squeeze their income in the Chinese market”, the source asserted.

This came after China’s Foreign Ministry urged the US to stop the "unreasonable suppression of Huawei”, signaling Beijing’s resolve to “firmly uphold Chinese firms' legitimate and legal rights and interests"; the ministry slammed the Trump administration's actions as something that "destroys global manufacturing, supply, and value chains".

The statement was preceded by US Secretary of State Mike Pompeo warning that Washington will continue restricting “most US exports to Huawei and its affiliates on the Entity List for activities that threaten the country’s national security and international stability”.

On Thursday, the US Department of Commerce announced a ban on the export of semiconductors from global chipmakers to the Chinese tech giant, but noted in a separate statement shortly after that it would extend a license that allows some American companies, particularly in rural US communities, to continue to do business with Huawei for another 90 days.