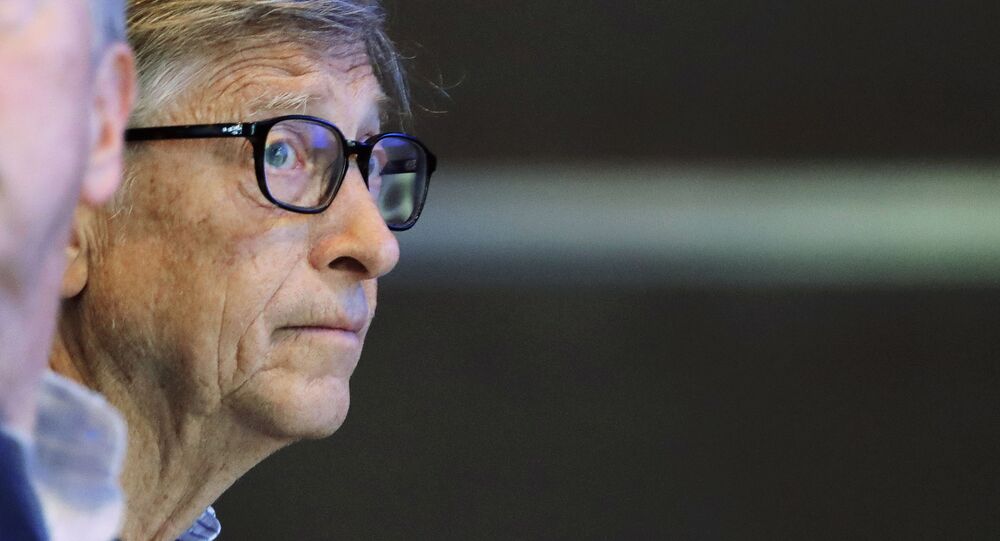 A flu research programme earlier launched by Bill Gates reportedly detected the first coronavirus case in the US back in February, but was recently suspended by the FDA for checks to be carried out into the algorithms used.

As per the South Korean telecoms carrier, it has over the past month been conducting surveys into next-generation quarantine prevention methods to better contain the spread of global diseases, with the Bill & Melinda Gates Foundation aiming to join efforts with KT to develop an early diagnosis algorithm for contagious diseases and a spread path prediction model that would be based on top-notch AI technology and a variety of communications data.

"The use of mobile technology and sensors paired with smart data analysis can help address some of the challenges countries face in timely and effective response to disease outbreaks", Andrew Trister, deputy director of the global health programme at the Bill & Melinda Gates Foundation, praised the project.

The Foundation will reportedly pay half the cost of the research project in yearly installments.

A data innovation working group that held discussions during the 2018 World Economic Forum reportedly served as the starting point in the ties between KT and the Bill & Melinda Gates Foundation. Dong-a Ilbo specified that the first discussion took place in April of last year when the foundation first showed an interest in KT's presentation titled Global Epidemic Prevention Platform (GEPP) at the ICT Forum hosted by Right Fund, an investment group dealing with global healthcare research.

One of the first goals, reportedly set for October this year is to work out a mobile application that will be used to record suspicious symptoms pertaining to diseases such as the flu. IoT-run sensors are to get body temperatures, with symptoms further reported to the app platform, to be used by AI-based algorithms for scrutinising the chances of flu epidemics, and predicting virus-spreading patterns.

© CC0
How Will Coronavirus Re-Shape Reality & What Will Brave New World Look Like?

Bill Gates has more than once warned about the dangers of global pandemics, being an outspoken advocate for measures needed to prevent them.

Most recently, his non-profit launched an early coronavirus testing scheme called SCAN - or the Seattle Coronavirus Assessment Network, had been testing 300 people a day since early March, before it was ordered by the FDA to stop for more detailed checks.

According to Gates' blog post, the testing programme is an extension of an early flu detection venture he helped found in 2018, the Seattle Flu Study. The Seattle Flu Study, which previously tracked the spread of the flu during the 2018 season, detected the first COVID-19 case in the US as early as in February, Business Insider reported.

Bill Gates Says He Warned Donald Trump of Threat of Pandemic Back in 2016, 'Feels Terrible' Now