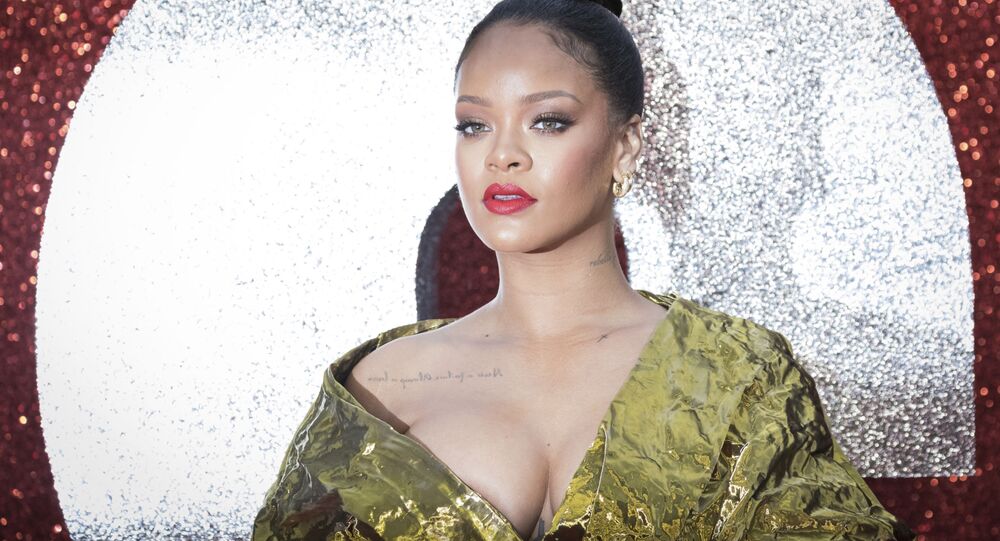 Rihanna has appeared on the Sunday Times Rich List, despite not having produced any new music for four years. Her newfound wealth is due to her successful cosmetics brand.

Barbados-born Rihanna, who now lives in London, is now the third richest musician in Britain with an estimated fortune of £468 million.

But the irony is that she appears to have made £351.6 million of that in cosmetics, rather than music.

Rihanna has overtaken Sirs Elton John and Mick Jagger of the Rolling Stones, according to the Sunday Times Rich List, which was published on 13 May.

The 32-year-old star - whose most famous songs include Umbrella, Diamonds and Work - has not released any music since 2016 but her cosmetics brand, Fenty Beauty, has been a big hit.

New Savage for de gal dem! Wanted to give y’all an extra drop cause we turned 2 years old and you guys have been incredible supporters, believed in our brand, appreciated what we stood for, and Ofcourse bought hella @SavageXFenty! 🥳 Thank you from all of us! 💜 #SavageXSummer pic.twitter.com/B0kzz3pRZE

​The brand - which gets its name from her surname, gave her the largesse to donate US$5 million to provide COVID-19 testing and medical equipment worldwide last month.

In a recent interview in Vogue magazine, Rihanna said of her next album: “I can’t say when I’m going to drop. But I am very aggressively working on music.”

But last month in an Instagram live stream she rebuked American music fans and supporters of Donald Trump at the same time: "If one of y'all motherf***ers ask me about the album one more time when I'm trying to save the world, unlike y'all president... on sight!"

Rihanna was producing hit after hit as a teenager, I hope it shows that she has literally worked her ass off since she was 16 and for the past 15 years. Put respect on her name. pic.twitter.com/LJ3X7ABoEk

​The Sunday Times Rich list of British musicians is topped by Andrew Lloyd Webber - who has written the music for a string of hit musicals - and Paul McCartney, who are both worth an estimated £800 million.

Also in the top tean are Keith Richards of the Rolling Stones, Ringo Starr, and George Harrison’s widow Olivia and son Dhani.