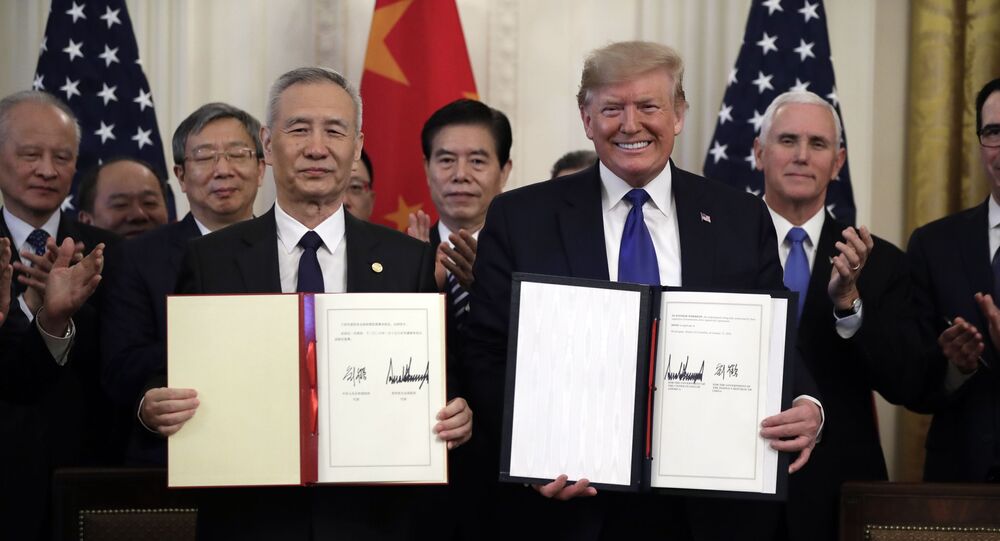 Earlier, US President Donald Trump said that China was seeking to renegotiate the trade agreement with the United States, but that he was not interested to in doing so.

China will remove additional tariffs on a number of US goods, which were imposed as a retaliatory measure to Washington's move in August, for one year starting on May 19, the Chinese Ministry of Finance said in a statement on Tuesday.

"From May 19, 2020 to May 18, 2021, no more additional fees will be levied on goods from the published list, imposed in response to the US measures under Section 301," the statement said.

Donald Trump threatened earlier to terminate the trade deal with China if the country fails to live up to its promise under the Phase One accord, which went into effect on 14 February, to purchase some $250 billion worth of US goods.

The implementation of the deal was discussed last week by both countries’ trade delegations who hailed "a good progress on creating the governmental infrastructures necessary to make the agreement a success."

Earlier, China’s General Administration of Customs reported that trade flow between the United States and China fell 15.2 percent year-on-year in the first quarter of 2020 due to the economic disruption caused by the COVID-19 pandemic and the lingering impacts of a trade war between Beijing and Washington.