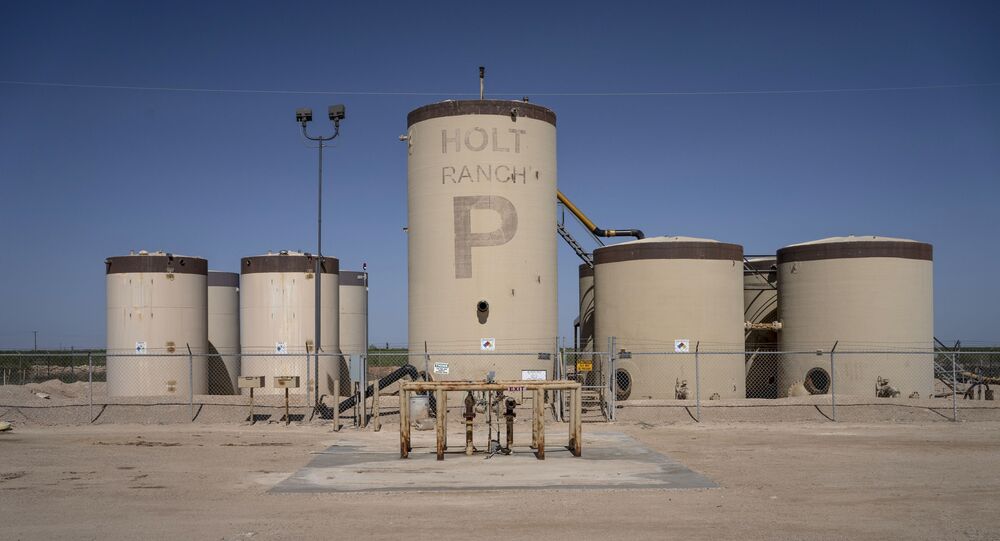 ‘Great Corona Derigging’: Analysts Say US Oil Rigs Will Be Axed to Lowest Ever Amid COVID Fallout

As the world gradually embarks on easing corona-spawned social and economic restrictions, it has been suggested that gains from increasing demand will continue to be reined in for quite some time.

Though oil prices have been slowly but steadily gaining in the past week as more countries began relaxing restrictions in place to eradicate the coronavirus pandemic, demand for crude and its products hasn’t yet started to visibly pick up, with oil reserves continuing to flow largely into limited storage facilities.

The latter nuance has boosted the prospect of any gains potentially prompted by higher demand being capped.

“Oil is rallying on expectations of better demand. There are green shoots there but I think the market will need to see those broaden and extend to sustain the rally", said Lachlan Shaw, head of commodities research at the National Australia Bank in Melbourne, as cited by Reuters.

He specifically addressed the supply cuts that North American oil companies had earlier announced arguing that the move would also favourably impact the crisis-hit industry by boosting the standing of top US producers.

“The supply cuts we have seen announced, particularly in North America, are also giving the market confidence", Shaw noted.

The output and spending cuts come as the continuously decreasing number of oil and gas rigs operating in the United States is expected to hit an all-time low this week - the lowest benchmark in the past 80 years, Reuters reported.

Last week, the US rig count was just four units above the record low of 404 in May 2016, as per energy service provider Baker Hughes Co (BKR.N), which has been keeping tabs on rig counts since 1940.

As fuel demand has declined about 30% worldwide, companies have been increasingly introducing layoffs to further cut spending, besides slashing production.

To offset the glut, drillers have cut an average of 55 rigs per week since mid-March when crude prices started to plummet due to the coronavirus and a brief oil price standoff among OPEC countries.

“The great coronavirus derigging kicked off mid to late in the first quarter, impacting well starts across the major US oil shale players", analysts at Enverus Rig Analytics said, remarking the rig count was down 38% in April and 62% lower than in the same period last year.

Analysts suggest companies will keep pulling rigs for the rest of the year, which might see the count drop to 200, and will be hesitant to activate many new units in 2021 and 2022.

In the midst of the glut, in late April, Reuters reported that Chesapeake Energy Corp, the US shale oil and gas exploration and production giant, is getting ready with a potential bankruptcy filing as it grapples with an unprecedented rout in energy prices,.

However, of late, there has been a tiny positive trend for American oil benchmarks: Brent crude, for instance, went up 23 cents, or 0.8 percent, to trade at $29.70 per barrel on Thursday.

Having hit an unprecedented subzero level, US crude futures settled below $24 a barrel, down about 60% since the beginning of the year.

US financial services firm Cowen & C has projected a 45% decline in 2020 capital expenditures, while the previous forecast (before prices dropped) put it at around 11%.