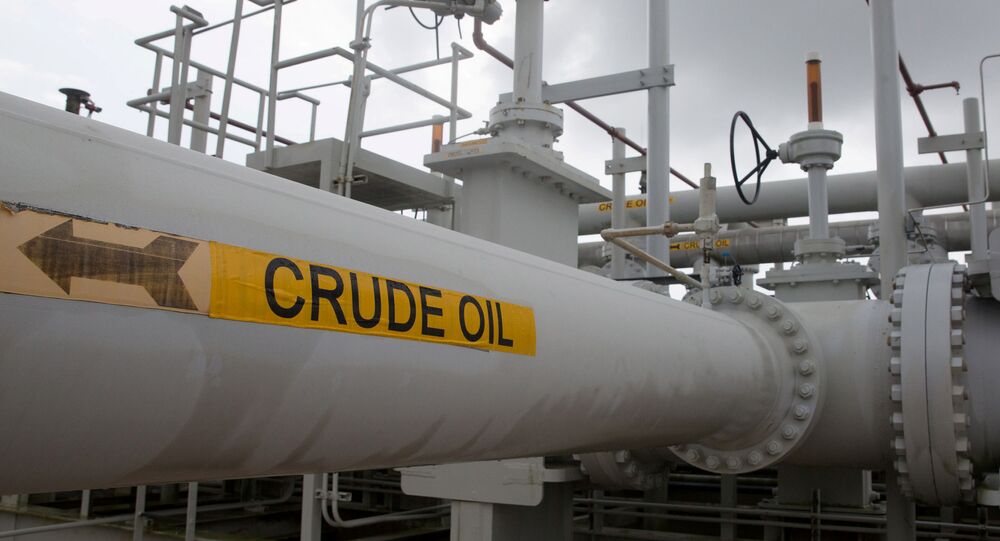 Is There Life After the Oil Apocalypse?

Traders, refiners and infrastructure companies have been scrambling to find fuel storage alternatives to onshore tanks amid an oil glut after COVID-19 lockdowns crippled demand and crude prices nosedived to all-time lows.

Oil storage facilities have been predicted to reach their maximum capacity by mid-May, wreaking additional havoc on the critical commodity market, Goldman Sachs analysts have predicted, quoted by Marketsinsider.

The dire forecast applies to both ground storage and floating tankers.

Crude prices have been hovering around historic lows as the coronavirus pandemic and its ensuing lockdowns crippled demand, with producers scrambling to deal with the massive oversupply.

This April has been defined by oil analytics as the most difficult month in the history of the oil industry, as demand for black gold collapsed due to a sharp decline in economic activity in all developed countries against the backdrop of the coronavirus pandemic and massive quarantine measures.

May, however, brings a new challenge for the industry.

The world is fast running out of storage space for oil. At the end of April South Korea reported that its crude storage facilities were full, with a similar situation observed at Singapore's onshore reservoirs.

In India, refineries have already utilized 95 per cent of their storage capacity, and Europe is forecast to be heading in the same direction, as oil supplies to Germany, France, Italy, Spain and the UK exceed demand by 50 million barrels per week, with the US oil hub in Cushing signaling its storage facilities were 81 per cent full.

“We are moving into the end-game… Early-to-mid May could be the peak. We are weeks, not months, away from it,” Torbjorn Tornqvist, head of commodity trading giant Gunvor Group Ltd., was cited by Bloomberg as saying.

A slightly more optimistic forecast was offered by Florian Thaler at Oilx, a research firm which uses the satellite data.

“We are on a path to global tank tops in late May or early June,” he said.

As the satellite bounces radar signals off metal tanks that store oil, the data is used to calculate how much crude is inside.

With diverse infrastructure companies challenged to find space to stow crude, supertankers have been increasingly resorted to as a floating oil storage facilities.

According to estimates by the Saudi state oil company Saudi Aramco, this is the function that every tenth VLCC class supertanker capable of taking on board up to two million barrels has been entrusted with.

Key ports around the world have been witnessing a congestion of vessels being used for floating storage.

On 24 April US Coast Guard was monitoring 27 tankers off the coast of Southern California, with a similar situation in Singapore, where about 60 clean-fuel tankers are at a standstill.

Against the looming prospect of production shutdowns, and the potentially devastating impact this could have on jobs, companies, banks, and local economies, on 12 April Saudi Arabia, Russia and other petroleum-exporting nations within OPEC+ agreed to slash their oil production by 9.7 million barrels per day through June in the single largest output cut in history.

However, the scale of the crisis is believed by some experts to have dwarfed the efforts for the time being, with production shutdowns cited as a worst-case scenario.

The crude glut sent prices for May oil contracts slipping below zero in trading on 20 April, breaking new post-war lows for black gold.

The analytics cited by Business Insider add that a sum nearly double what OPEC+ pledged to cut at its April meeting would be needed to cushion the fallout from the market slump, which would require “a near equal amount of supply” slashed.

A halt in production would bring with it another challenge – that of restarting the production.

© AFP 2020 / PRAKASH SINGH
Employees of a petrol pump wait for customers in New Delhi on September 2, 2013. India is considering closing fuel pumps at night as one of a number of "austerity measures" aimed at cutting its ballooning oil import bills, the oil minister said.

This, in turn, would trigger an L-shaped trend in supply rebound.

While concerns about storage overcapacity and the risk of a new round in the US-China tariff war drove oil prices to drop earlier in the week, Brent crude price rose to more than $32 per barrel on 5 May, for the first time since 14 April, according to market data.

© AP Photo / Rick Rycroft
A man stands in the viewing gallery at the Australian Stock Exchange in Sydney, Monday, March 9, 2020