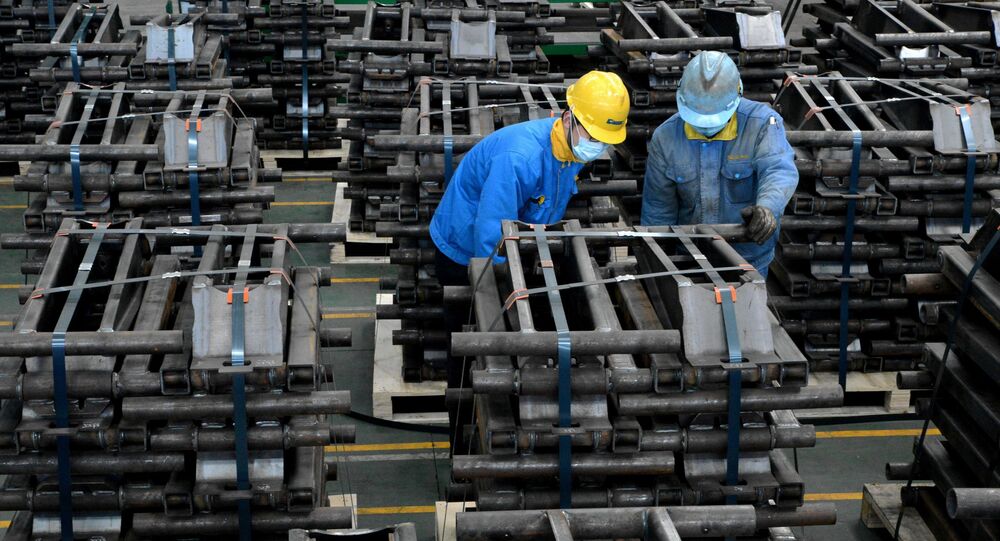 For China's export sector and its massive workforce, the coronavirus pandemic has dealt two separate blows: the first during the outbreak of the deadly virus across the country, while the second as the virus spreads around the globe - crucial markets for Chinese exporters.

However, a Global Times investigation into the impact of COVID-19 in interviews with exporters, front-line employees and trade experts show that while the challenge is real, there is always a way out.

Apart from their ability to adapt to a changing global trade tide and resolve that made the country the world's largest trading nation in just three decades, exporters and employers are also getting creative in finding ways to cope - exploring a massive domestic market, new ways of selling products like e-commerce and new markets in emerging economies. They are waging what some call a "tough battle" to save their businesses and livelihoods.

For 20-something Duan, Shanghai is the best place he can think of to start a better life. Craving for a taste of the metropolis, home to a free trade zone that serves as a laboratory for China's economic reforms, motivating him to endure frequent job changes over the past year since the junior high school graduate left his hometown in Central China's Henan Province.

He felt closer to his dream after securing a temporary job in the city more than 800 kilometres away from his hometown before the COVID-19 pandemic eventually cost him his job at an electronics contracting factory.

Many temporary workers who joined the company this year have had their contracts terminated by the company and the salaries they received were also lower than previously promised, Duan told the Global Times on Tuesday.

He was laid off in mid-April. "In such sluggish days, it's not easy to find a job," he said.

But even in this environment, Duan stays hopeful and believes that he will be able to manage, as he holds onto his plan to pursue career opportunities in the city, however.

"Things will get better," he reiterated multiple times, encouraging himself to carve a path through the virus-plagued predicament that has overshadowed the nation's export sector.

Wang said in a note sent to the Global Times that she expected China's exports to decline by 20 percent year-on-year in the second quarter and that the full-year export contraction would hit 12 percent, factoring in deterioration of the global economy amid mobility restrictions imposed by many countries.

The WTO said last week that 80 countries have imposed various types of trade restrictions, warning such barriers could contribute to a fall of between 13 percent and 32 percent this year.

Shrinking exports and trade could put some 10 million jobs at risk over the next coming quarters, she estimated, suggesting a noticeable part of the nation's export workforce may become jobless, albeit temporarily, as exporters are still hopeful of a rebound to pre-virus levels.

Commerce Minister Zhong Shan revealed in September 2019 that China's exports and imports ballooned to $4.6 trillion in 2018 from a mere $1.13 billion in 1950, creating more than 180 million jobs.

"One-third of my employees have left, mostly average employees and servicemen," said Wang Hanyu, owner of a small invitation card factory in Yiwu and also Wenzhou, of East China's Zhejiang Province, citing sluggish orders amid the pandemic that have seen many of his peer companies lay off workers or ask them to take unpaid leave.

His factories now employ about 30 people manufacturing paper for invitation cards and red envelopes, with exports accounting for about 70 percent of revenue. Invitation cards are exported mostly to Africa and the Middle East, while red envelopes for weddings are destined for mostly people of Chinese origin in Southeast Asia.

Finding a Way Out

However, the tougher the plight seems, the more courageous those hinging their futures on the nation's export sector have shown themselves to be.

The Yiwu market has offered to exempt traders' rent for two months, and there are also social security subsidies as well as lower interest rates on bank loans, Wang said.

With the Chinese economy well on track for a reboot, the domestic market offers hope for Wang as the local wedding market is expected to rebound alongside eased restrictions on travel.

Some have turned to one of the more in-vogue ways of selling products to domestic consumers - live streaming. Just in March only, Alibaba 1688, a platform designed for export firms to sell products in the domestic market, saw a 295 percent increase from the previous months and a total of 500,000 exporters will shift towards the domestic market and Alibaba will help them sell 200 billion yuan worth of products this year.

Others have also shifted their production line overnight to make products in hot demand - masks, gowns and other anti-viral supplies accentuating the ability of Chinese exporters and manufacturing firms to adapt quickly to changing markets bolstered by the US' trade war with China and foreign officials constant calls on their companies to shift supply chain.

It's true that optimism is yet to be justified, Wang said, noting that "the worst scenario might be a struggle throughout the year, but [my company] could take advantage of the lapse to develop new products."

Zhong Wenhui, a manager at Huizhou Deshang Musical Instrument Co, told the Global Times on Tuesday that many factories are scaling down their payrolls as the pandemic kills demand and brings uncertainty.

Zhong's companies traditionally export a large number of musical instruments to the US.

"Despite the situation, there is always a bright side, and we are increasing our company's flexibility in switching between domestic and overseas markets as demand fluctuates along with the ongoing pandemic," Zhong said. "We are digging in to prepare a 'war of attrition' in the coming months."

Zhong said the government has lent strong support to companies, especially in the form of financial lending, which are both low in interest and high in loan sums.

"I expect more supportive policies from the government for economic recovery, and I hope for an improved early warning system to keep an eye on the pandemic," Zhong said.

Zhong's optimism for a rebound in export orders and preparation for the future is also shared by many other firms, which are using the period to adjust and improve.

A downturn in domestic car manufacturing and the COVID-19 fallout in overseas markets have dampened business optimism for the second and third quarters, Liu Jin, head of the general management department at the Ningbo Zhenzhi Machinery and Mould Company, told the Global Times.

© REUTERS / Andrew Harnik/POOL New
US Will ‘Make Sure’ Countries Understand Coronavirus Came From China, Says Mike Pompeo
The auto mould manufacturer, located in an industrial park in the city's Daqi subdistrict, which produces high-end auto parts and mould, has been roaring up production as many orders were secured back in January or even before, Liu said.

A gradual decline in new orders for April and May will see reduced activity in the second and third quarters, she went on to say, noting that her company plans to take advantage of the slack to renovate its premises and upgrade its manufacturing equipment in preparation for a massive rebound in orders.

As dark clouds drift away to reveal more sunshine - something most anticipated by multitudes of export sector workers - Duan is expecting to find not only a job but a girlfriend in Shanghai with whom he can fight for the future with that sooner or later sees COVID-19 retreat.

This article has been published in partnership with The Global Times.