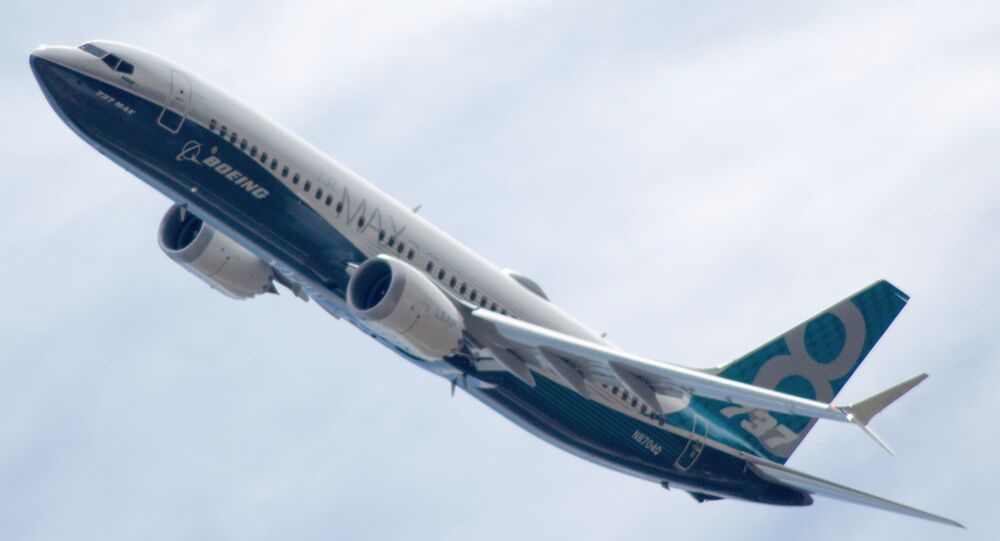 The company faced an investigation last year after a tragic 737 MAX 8 crash in Ethiopia claimed 157 lives due to a faulty sensor reading. As a result, airlines around the world grounded the model, citing security concerns..

The Federal Aviation Administration (FAA) has launched an investigation into Boeing due to a series of widespread quality-control lapses on its 737 MAX assembly line, The Wall Street Journal reported, citing sources "familiar with the details".

According to the report, debris has been found in fuel tanks and other parts of 737 MAX planes during inspections, launched back in November. The FAA allegedly plans to impose a heavy fine on the corporation and boost quality control from the state, as Boeing is expected to resume producing 737 MAX aircraft in the coming months.

The American company previously faced harsh criticism after researchers stated that errors in its Maneuvering Characteristics Augmentation System (MCAS) could have been among the reasons for the crash of an Ethiopian Airlines flight in March 2019 and a Lion Air crash in October 2018.

Following the catastrophes, Boeing confirmed that the erroneous activation of the MCAS function could have contributed to the incidents and said it had updated the technology.