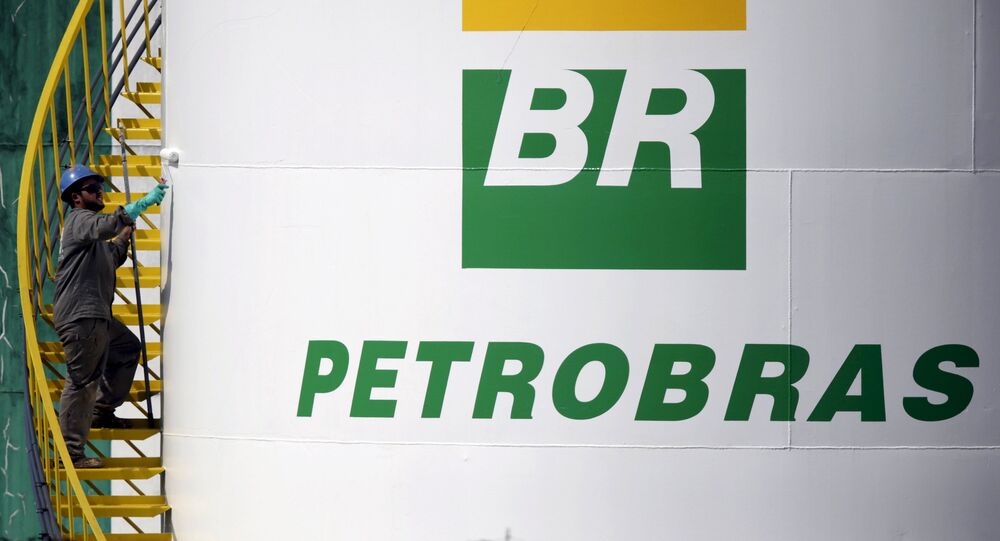 MOSCOW (Sputnik) - The Brazilian state oil and gas company Petroleo Brasileiro (Petrobras) said on Tuesday it would produce an average of 2.26 million barrels of oil per day (bpd) in April as opposed to 2.07 million barrels, as earlier planned, due to unexpectedly high demand.

"With the better than expected evolution of demand for our products, we opted for the gradual return to an average oil production level of 2.26 MMbpd in April alongside an increase in the utilization factor of our refineries," the company said in the Q1 production and sales report.

The initial plan was to reduce oil production in April to 2.07 million bpd and the utilization factor of refineries from 79 percent to 60 percent while reinforcing the logistical export capacity of crude oil, diesel and fuel oil in response to the sharp drop in global demand for oil, Petrobras said.

© AFP 2021 / EDSON PASSARINHO
Brazil's Petrobras Reports Oil Spill From Albacora Field Offshore Pipeline
According to the company, these measures "have contributed to the generation of cash and the decline in inventories, allowing the maintenance of reasonable leeway in storage capacity, consequently avoiding the adoption of costly measures such as the chartering of ships to store liquids."

The average production of oil and natural gas liquids in the first quarter of 2020 increased by 17.7 percent year-on-year to a total of 2.32 million bpd, Petrobras said.

The company noted that the coronavirus pandemic had not had a significant impact on its production and sales performance.