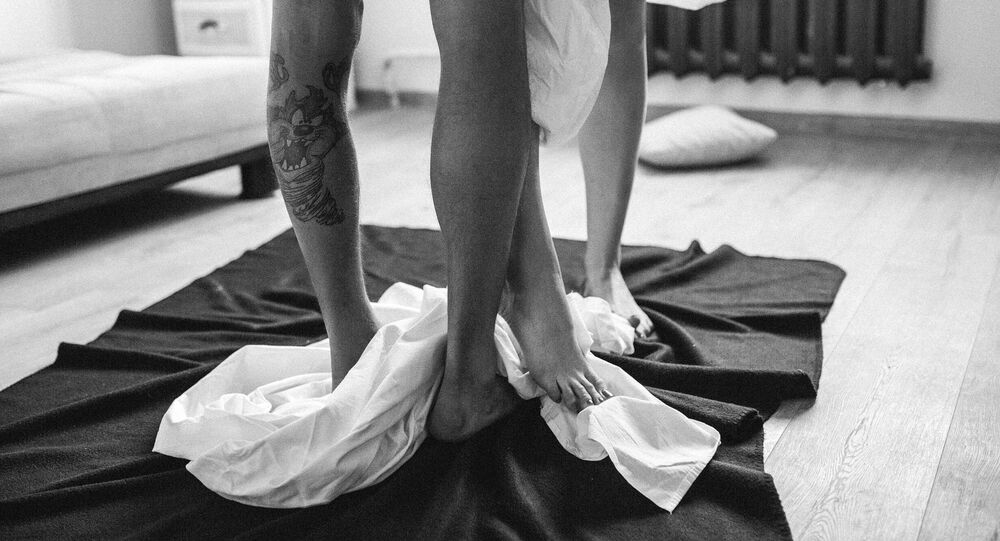 The current situation is seen as “unprecedented” for Hollywood, with actors expected to be handed totally different precautionary guidelines to follow if they choose to proceed with regular filming, the moment the lockdown is eased.

As the world is enthusiastically waiting for the ubiquitous lockdowns to be lifted, it has emerged that Hollywood might not be able to to return to business as usual, with big name actors seeking firm guarantees from studios before signing contracts. Meanwhile, concerns are mounting that there might not be any viable safeguards.

In particular, regularly shown sex scenes may be put on ice until the dangers of COVID-19 become with all certainty a thing of the past, Hollywood Intimacy Coordinator Amanda Blumenthal, noted in comments to the Daily Mail.

“I would not be surprised if for a period of time, until we figure out how we can work through this safely, productions choose to go down that route in order to make it on air – honestly that is something that could potentially happen", she said.

Blumenthal believes that unless proper precautions and guidelines, approved and deemed right by the actors, are in place, they will flatly refuse to film scenes that involve kissing or on-set sex.

She also acknowledged that since laws prohibit actors from sharing medical information, creating new guidelines will prove to be a rather challenging task, further going on to recall the 1920s practice, when the Hays Code banned all on-screen sex. Among the measures to be potentially introduced are compulsory temperature checks and instant corona tests, although there is no certainty as to if these would be covered by actors' medical insurances.

"If there are any changes to policies that we will have to implement then it is the exclusions that have already been rolled out regarding viruses and pandemics", Ray Ossenkop, managing director of respected entertainment insurance brokerage Truman Van Dyke says, going on:

"There was not a lot of coverage to begin with, but there will be no coverage when it comes to insurance on that".

A top agent at the United Talent Agency (UTA) likewise dwelled on the general air of uncertainty about forthcoming projects:

“Everything in Hollywood is on hold at the moment, but moving forward there is a huge worry about getting insurance regarding virus concerns for projects", the source was quoted by the Daily Mail as saying. “There has not been a health situation like this ever in modern Hollywood, and no company wants to put anyone at risk not just for humanitarian reasons but also for liability too".

The agent went on to stress that at this unprecedented point in time, for actors, “a romantic or love scene in a script is red flag”.

“Even if we get an all clear, lip or body contact in any scene is causing huge concern", he said.

The still raging corona flare-ups have expectedly inflicted huge damage on all businesses, primarily on those that entail close person-to-person contact.

According to fresh WHO estimates, the pandemic has seen roughly 2,319,000 infected around the world, including 157,970 corona-inflicted deaths.