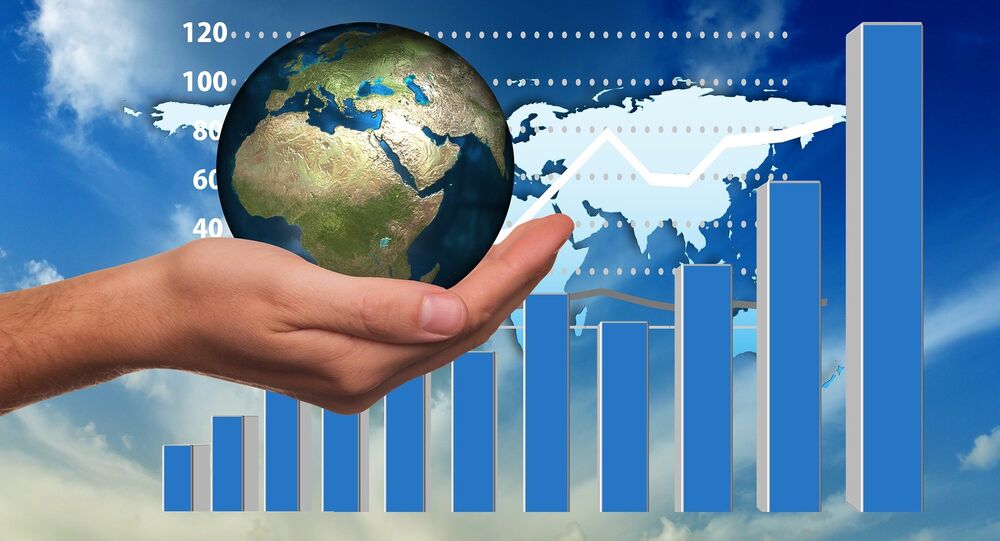 As countries around the world have halted or limited production amid efforts to slow the spread of COVID-19, the pandemic is anticipated to shave 2.8 percent off the global economic output in 2020, Oxford Economics forecasting firm predicted, with the overall downturn to be more severe than the post-financial crisis 1.1 percent drop in 2009.

The COVID-19 pandemic has resulted in the global economy facing the most severe crisis since World War II, according to Japanese Foreign Minister Toshimitsu Motegi.

“The impact on the international economy, as well as the Japanese economy, is extremely serious; the global economy is facing its most severe crisis since the war," Motegi was quoted by Kyodo News agency as saying.

A revision of the government's initial plan of 108 trillion yen, approved earlier this month, the rescue package includes direct payments to citizens and a bailout of struggling businesses among other measures, as a nationwide state of emergency was declared in Japan last week until at least 6 May.

Economic growth in #Asia is expected to stall at 0% in 2020—the worst growth performance in almost 60 years. https://t.co/Nr3tD5nnGb #IMFBlog #IMFmeetings pic.twitter.com/CicdSVP3uU

​The total number of coronavirus infections has passed the 10,700 mark with over 236 fatalities, according to Johns Hopkins University.

However, some Japanese experts believe that this will not be enough, with unemployment in the country forecast to soar to 2.72 percent in the fourth quarter, which is 1.56 million more people out of a job than a year earlier.

Thus, the situation may turn out to be even worse than during the financial crisis of 2008-2009 - the largest economic slump since the Great Depression of the 1930s.

As countries have been struggling to slow the spread of the COVID-19 pandemic, introducing lockdown protocols and halting or limiting production, economists have been debating the projected global fallout.

​Earlier, Oxford Economics, a UK-based forecasting firm, said the coronavirus pandemic potentially looks set to shear 2.8 percent from the 2020 global economic output, updating its baseline global economic outlook to forecast a slump of 7 percent of global industrial production in the first half of 2020.

"For Western economies currently in lockdown we expect restrictions to start to be lifted in Q2, leading to a sharp resurgence in activity in H2. But despite this rebound, we project that world GDP will shrink by 2.8% in 2020 overall," claims the report.

The downturn is predicted as being more severe than the 1.1 percent drop recorded after the financial crisis of 2008-2009.

On 14 April the International Monetary Fund said it expected the global economy to contract 3 percent in 2020, revising its initial January projection of a global GDP (gross domestic product) expansion of 3.3 percent for this year.

“It is very likely that this year the global economy will experience its worst recession since the Great Depression, surpassing that seen during the global financial crisis a decade ago,” the IMF’s chief economist Gita Gopinath said in the latest World Economic Outlook report.

The IMF expects a “partial recovery” in 2021, on the condition that the pandemic starts to ease throughout the year.

Japan's Abe Vows to Rush Through Cash Handouts to All

Global Economy to Shrink 2.8% in 2020 Due to Coronavirus Pandemic - Report