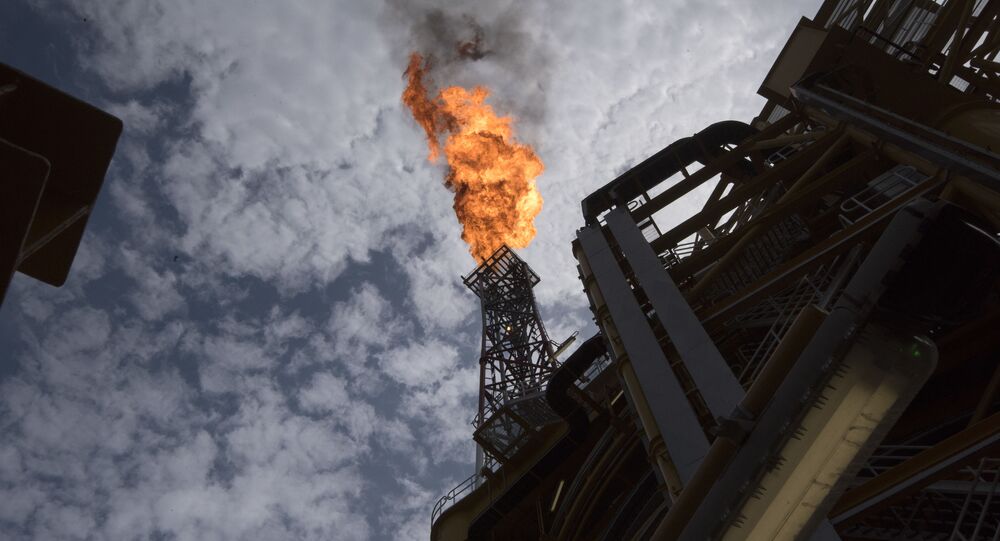 OPEC+ members along with several other oil exporting countries struck an agreement to reduce global crude output between 2020 and 2022 on 12 April after the price of black gold dropped to a nearly two-decade low.

OPEC has released a new report with forecasts for energy markets in light of the newly reached agreement on crude output cuts, suggesting that instead of minor growth the markets will see their biggest fall in demand caused by the global pandemic.

"For 2020, the world oil demand growth forecast is revised lower by 6.9 mb/d (million barbells per day), to a historical drop of around 6.8 mb/d. The contraction in the 2Q of this year is expected to be around 12 mb/d, with April witnessing the worst contraction at about 20 mb/d", the OPEC report read.

Total global demand for crude is thus expected to reach around 93 million barrels per day with the second half of the year showing greater demand than the first.

The report also touched upon the issue of the new OPEC+ deal that was reached on 12 April after several days of talks, saying that Russia will be the biggest contributor to the reduction of crude output outside OPEC. Russia is expected to slash its oil production by 1.3 million barrels per day down to 10.14 million barrels per day.

The total reduction of oil output outside OPEC will reach 1.8 mbd the report said. The report names Norway, Brazil, Guyana, and Australia as the only non-OPEC states that are expected to boost their crude production in 2020.

Despite oil-exporting countries reaching an agreement to reduce output and hence slash the current oversupply of oil, prices continued to go down following a brief rally ahead of the OPEC+ meeting. After snapping back from 2002 price levels, the Brent mixture again started to fall in the wake of the new OPEC+ deal sliding from nearly $35 per barrel to around $28 as of 13:30 GMT on 16 April.

Labour's Perfidy, AMLO Between OPEC and a Hard Place, Hip Hop at Home