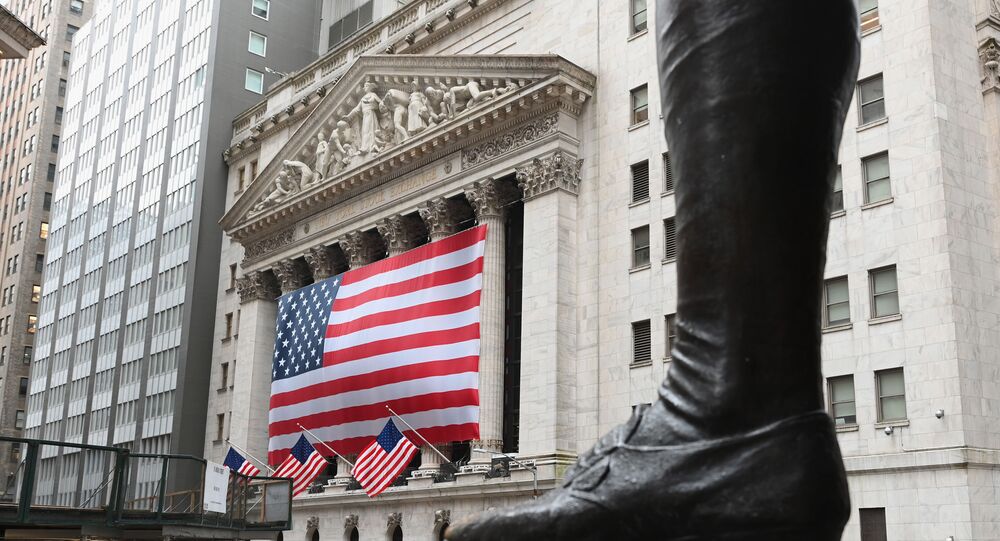 US stocks took a nosedive Monday, with the Dow Jones Industrial Average index falling more than 300 points as analysts anticipate the release of quarterly earnings reports from multiple companies.

At closing, the Dow Jones fell by 328.60 points, as the S&P 500 slid 28.19 points into red territory. The day’s trading saw the Dow experience triple-digit losses as the stock value of construction machinery and equipment company Caterpillar declined by more than 8%. Similarly, the S&P 500 was driven to negative results by both the financial and real estate sectors.

Monday’s figures come after the New York Stock Exchange saw one of its biggest weekly gains ever the week prior, with the Dow rallying 12.7% and the S&P 500 spiking 12.1%. However, it’s worth noting that both indices are down 16.9% and 13.7%, respectively, from record highs posted in February.

Although concerns regarding the COVID-19 pandemic and its effect on the US economy have already driven stocks drastically down in recent weeks, some financial analysts are beginning to feel a renewed sense of uneasiness as major US banks are due to release their quarterly earnings report.

This week, investors will be receiving earnings reports from various companies, including major banks JPMorgan Chase, the Goldman Sachs Group and Bank of America. The reports will cover the first three months of 2020, when the COVID-19 virus first began spreading outside of China.

Monday’s losses also come just one day after news broke that a deal had been finalized between the OPEC+ member countries and Russia, Saudi Arabia and the US. The weekend deal saw West Texas Intermediate crude trade on Monday at $23.18 per barrel, whereas Brent crude traded at $32.18.

Although the newly agreed upon measures will have a significant impact for the remainder of the year and allow prices to improve, it’s unlikely that the deal will help to completely do away with short-term bumps, Ed Morse, the head of commodities at CitiGroup, wrote in a Sunday note viewed by CNBC.

“Unprecedented measures for unprecedented times,” Morse wrote. “It’s simply too late to prevent a super-large inventory build of over one billion barrels between mid-March and late May and to stop prices from falling into single digits.”