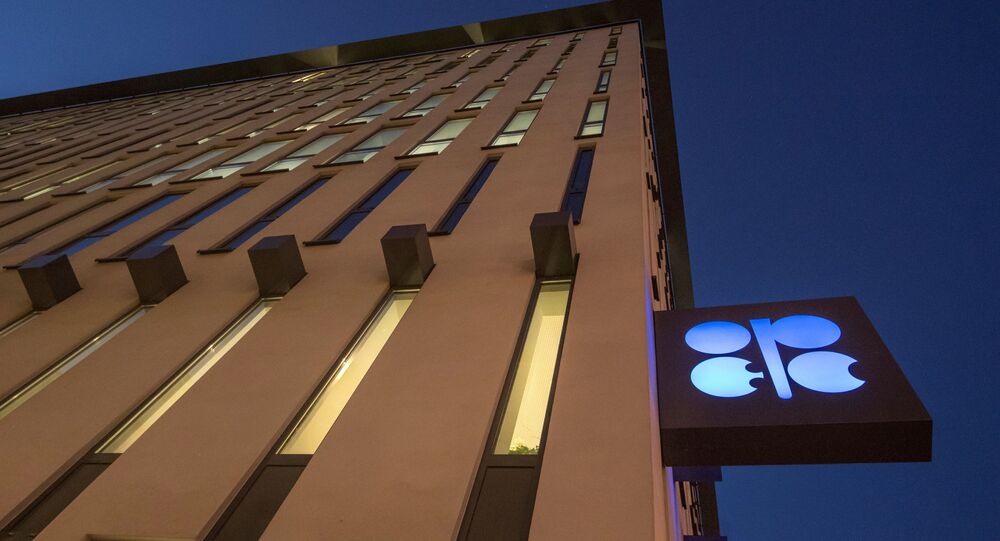 On Sunday, OPEC+ members managed to clinch a deal on reducing oil output by 9.7 million barrels per day in May and June after they arrived at a consensus with Mexico.

OPEC Secretary General Mohammed Barkindo has welcomed a new OPEC+ agreement on cutting oil production by almost 10 billion barrels per day as historic, a document that was signed “for the benefit of producers, consumers, and the global economy”.

Here's a look into what can be described as a thorny path to reaching a compromise on the deal.

In early March, oil prices fell by more than 30 percent shortly after OPEC+ members failed to reach an agreement on crude output reduction amid the global economic slowdown caused by the COVID-19 pandemic.

The price tag for a barrel reached levels previously seen back in 2002 after the 6 March OPEC+ meeting, when Russia called to leave output cuts at previously agreed upon levels, while Saudi Arabia and its allies suggested that additional cuts be made.

Russian Prime Minister Mikhail Mishustin at the time said the demise of the OPEC+ agreement did not happen because of Moscow, given that “[…] we offered to extend the agreement on current conditions until the end of the second quarter as a minimum or the [end of the] year”.

Russian Energy Minister Alexander Novak at the time described the move as “not the best option in the current conditions”, adding that “maintaining production at the first quarter level would be proper”.

The remarks were followed by restrictions being lifted as the OPEC+ deal expired at the end of March, leading to a subsequent collapse of the market.

OPEC+ Agree on Oil Cuts, Trump Vows US ‘Will Help Mexico Along’

On 9 April, OPEC+ members sat down for talks that were held via video conference, finally adopting a new declaration that outlined a three-stage reduction of oil production, a document that was accepted by all states except Mexico.

Mexico earlier held out against making the necessary 400,000 barrels per day (bpd) in cuts proposed by OPEC+, insisting that its limit was 100,000 bpd.

Azerbaijan's delegation revealed that the compromise was ultimately clinched after the US agreed to cut 300,000 bpd in production on Mexico's behalf.

President Donald Trump, for his part, confirmed that the US will “help Mexico along and they'll reimburse us sometime at a later date when they're prepared to do so”.

The statement was followed by POTUS praising on his Twitter page a “great [OPEC+] deal for all” which he suggested “will save hundreds of thousands of energy jobs in the United States”.

The remarks came after Kuwait’s Oil Minister Khaled Ali Al-Fadhel announced “reaching a historic agreement to reduce production by approximately 10 million barrels of oil per day among members of OPEC+ starting May 1, 2020”.

Trump: OPEC+ ‘Getting Close to a Deal’ Amid Saudi, Russian Oil Dispute