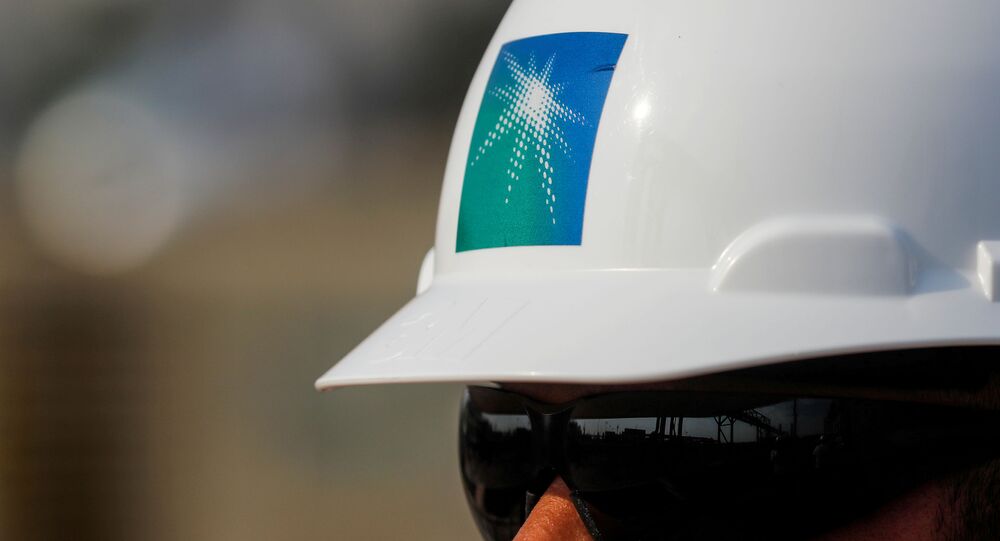 On Thursday, Riyadh, Moscow and other OPEC+ members and partners tentatively agreed to cut crude output by some 10 million barrels per day (bpd) over the next two months, with the deal requiring each country to cut about 23 percent of its output.

Saudi state-owned oil giant Saudi Aramco has held off on releasing is official oil pricing for the month of May, with the figures initially expected to be released on April 5 but delayed twice since then, Bloomberg has reported, citing people said to have knowledge of the situation.

The official selling price (OSP) data, used by several other Gulf oil kingdoms in setting their prices and affecting roughly 14 million bpd in output, is now expected to be released Sunday.

Earlier this week, a source told Reuters that Saudi Aramco would delay releasing the figures until Friday, and that prices would depend on the results of Thursday’s much anticipated OPEC+ videoconference meeting aimed at stabilizing the market and eliminating the output glut.

OPEC+ and partner nations agreed to make substantive production cuts during the meeting, with Mexico becoming the only major exporter to resist, saying it would not cut output by any more than 100,000 bpd. On Friday, US President Donald Trump announced that the US would be willing to make up for 250,000 bpd in cuts from Mexico’s share, and that Mexico City would “reimburse us sometime at a later date when they’re prepared to do so.”

OPEC+ has asked Mexico to join other countries in cutting production by about 23 percent, or 400,000 bpd. Kuwait’s oil ministry has accused the Latin American country of jeopardizing the global agreement, while a source from one of the delegations who was present at the OPEC+ talks told Sputnik that Saudi Arabia would not accept a deal if Mexico was not part of it.

Saudi Aramco did not immediately comment on why it withheld the May pricing data. Saudi and Mexican officials are expected to discuss the Latin American nation’s intransigence later Saturday.

Global oil prices plummeted in March after OPEC+ failed to reach an agreement on production cuts in the face of the COVID-19 pandemic, which has brought global economic activity to a standstill. In the days that followed, Saudi Arabia and its allies helped to push down prices further by announcing heavy discounts on its April exports and ramping up production. Other producers including Russia were forced to follow suit.

The United States, which is not a party to the proposed OPEC+ deal, has rejected making a firm commitment to the cuts, with US officials saying the country’s output would fall through market forces. At the same time, the Wall Street Journal reported earlier this week that Trump administration has considered slapping tariffs on foreign oil supplies, and possibly even introducing new sanctions against Russia to try to get Moscow and Riyadh to agree to output cuts. On Thursday, Saudi Energy Minister Prince Abdulaziz bin Salman said he expected countries including the US to join the OPEC+ effort to stabilize the oil market “using their own approaches.”

On Friday, Russian Energy Minister Alexander Novak said the possible OPEC+ deal would unite some 23 nations, and last for a 24 month period, with oil output to be cut by 10 million bpd during the first two months of the arrangement, before easing to 8 million bpd in the second half of 2020.