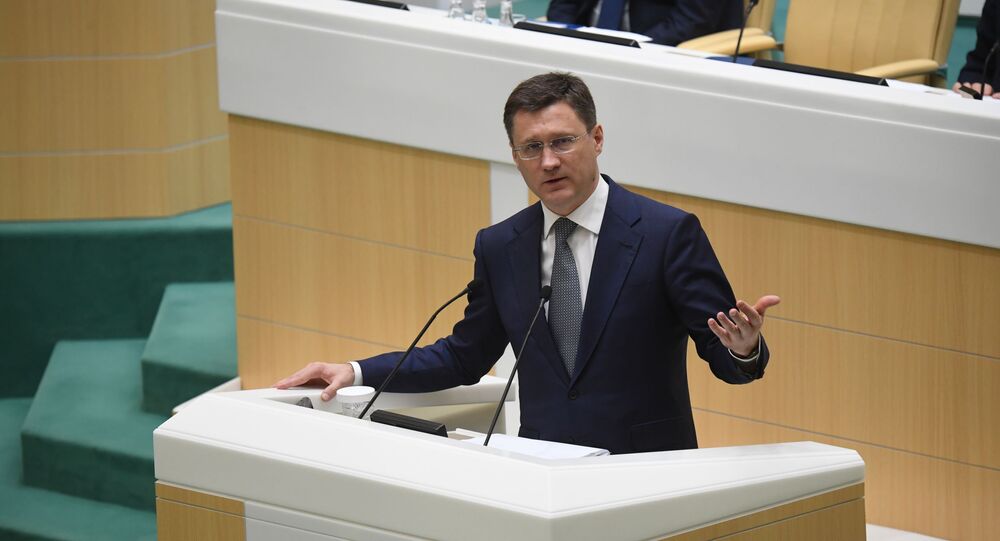 Earlier, it was announced that, after eleven hours of OPEC+ group talks, a declaration of cooperation in cutting global oil output had been adopted by all member states, apart from Mexico. US President Donald Trump said on Friday that the United States would cut oil production to make up the difference for Mexico.

A new OPEC+ agreement to reduce oil production will unite 23 countries and will last for two years - until May 2022 - with oil output cuts at 10 million barrels per day in the first two months, Russian Energy Minister Alexander Novak said in a statement, adding that G20 talks held on Friday were effective.

"We will need to monitor the situation on the market, it will certainly change and, if necessary, additional measures will be taken, or production will be restored more quickly by countries, in order to prevent, among other things, an oversupply on the market, because of that we must act in the interests of both producers and consumers," Novak said after the G20 meeting was concluded.

Novak also stated that in the second half of 2020, production cuts will be eased to 8 million barrels per day.

"OPEC+ was considering different periods of time for the agreement, but decided that two years is the most effective period. The deal could either be prolonged or shortened depending on how well the market is restored", he said.

The G20 energy minister's meeting on the stabilization of the global energy market took place on Friday and followed the Thursday OPEC+ video conference dedicated to the possibility of striking a new oil output cuts deal.

OPEC+ talks held on Thursday finished with the adoption of a new declaration on cooperation envisaging a three-stage oil production reduction, which was accepted by all states except Mexico.

Earlier, US President Donald Trump said that the United States would cut oil production to make up difference for Mexico and the country would reimburse later, stating that "helping Mexico to meet OPEC demands will not cost the US anything".