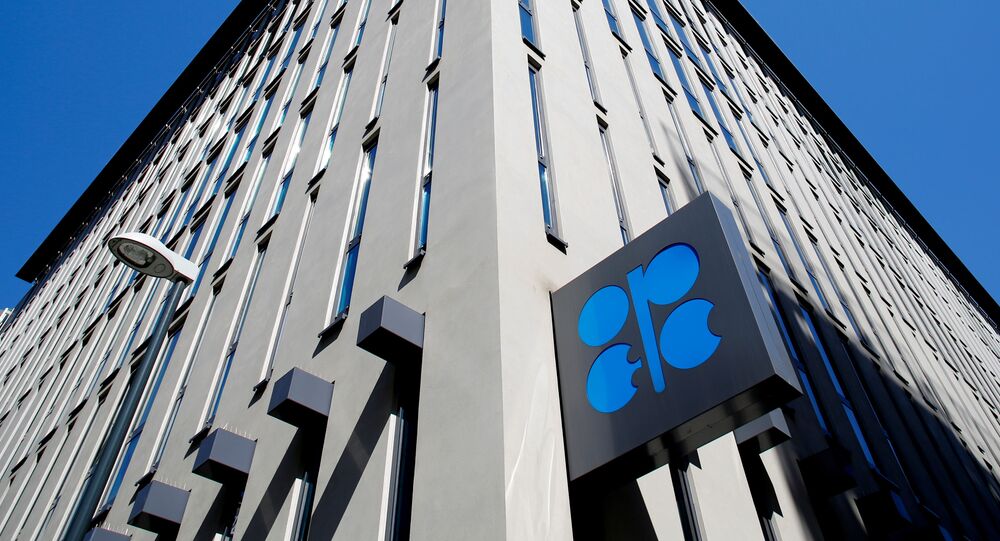 MOSCOW (Sputnik) - OPEC+ meeting participants have outlined a general draft agreement and, while the process is ongoing, there is yet no final decision, a source in one of the delegations participating in the meeting told Sputnik.

"At this moment there is no final decision [...] There is a general draft, the process is underway. But no decision has been taken," the unnamed source said.

The meeting is said to be close to completion, but Mexico reportedly still has objections, two unnamed sources in different delegations told Sputnik.

Earlier, a source in one of the delegations participating in the OPEC+ meeting who spoke on the record with Sputnik, said that OPEC+ countries had chosen to cut oil production by 22 percent, or 10 million barrels per day, in the months of May through June, followed by a consecutive volume reduction.

Earlier in the day, energy ministers from the OPEC group of oil-exporting countries, Russia, and other oil producers, began a video conference to discuss ways to shore up oil prices amid a global production glut and a coronavirus-driven decline in demand.

Russian Energy Minister Alexander Novak said at the meeting that all oil producers must work together to address the growing overproduction as the pandemic continues to weigh on the global economy. Saudi Arabia compounded the crisis by flooding the market with cheap oil after the OPEC+ deal on output cuts collapsed last month.