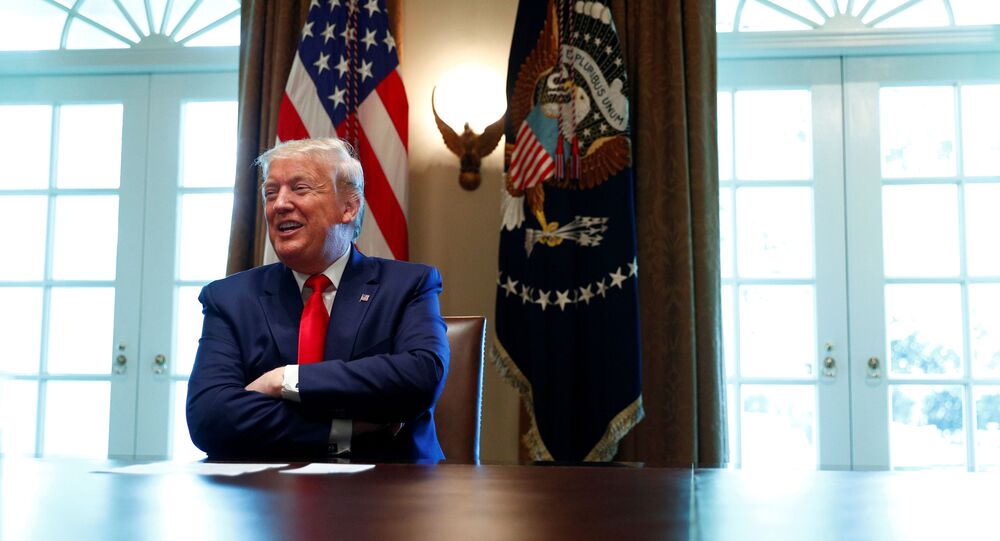 Oil prices collapsed to levels unsustainable for American shale producers last month after OPEC+ failed to reach an agreement on production cuts amid the drop in global economic activity due to the new coronavirus.

The White House is mulling new tariffs on oil imports, or slapping Russia with new sanctions to try to stop the pain the US shale industry is going through amid tanking crude prices, The Wall Street Journal has reported, citing persons said to be familiar with the plans.

According to the newspaper, President Trump has discussed Washington’s possible actions with leaders of US energy firms, as well as House and Senate lawmakers, expressing a willingness to increase tariffs to try to “force” Russia and Saudi Arabia to cut their output.

WSJ’s sources say the US may impose new duties on imported oil using a trade law which had been applied to China during the trade war with that country. The possible sanctions against Russia are a backup, tougher option.

The administration would abandon its duties and sanctions threats should Russia and Saudi Arabia agree to reduce their crude oil output, WSJ says.

US officials have yet to comment on the veracity of the WSJ’s reporting. The story comes following remarks by Alberta Premier Jason Kenney last week that his province was talking to US officials about introducing North America-wide tariffs on Russian and Saudi oil unless the countries agreed to a new OPEC+ price cut deal soon.

OPEC+ is expected to hold a videoconference later Thursday to discuss the possible reduction of oil output in a bid to stabilize the global oil market amid falling demand. Earlier in the day, a spokesperson from Russia’s Energy Ministry told Russian media that Moscow was prepared to cut output, but only if other countries engaged in a similar, proportional cut. Moscow and Riyadh have expressed interest in coordinating with the United States on production cuts, but President Trump has so far refused any coordination, claiming such coordination would come automatically based on global market prices.

Last week, Russian President Vladimir Putin told oil industry officials that Moscow’s goal was the long-term stability of the oil market, adding that the country was ready for joint actions to stabilize prices, working with the United States on this issue. Putin estimated that the world would need to cut around 10 million barrels per day for prices to stabilize. Putin also emphasized that it was not the Russian side which initiated the collapse of the OPEC+ deal, and stated that Moscow was not seeking to rid itself of competitors, including US shale.

Oil prices dropped to their lowest levels in decades last month after OPEC+ failed to reach an agreement on cuts in crude output in the wake of the COVID-19 pandemic, which brought global energy demand crashing down. At a meeting in Vienna on March 6, Russian Energy Ministry officials proposed keeping output cuts at previously agreed upon levels, while Saudi Arabia and its allies urged additional, more aggressive cuts. Russia refused, prompting Riyadh to scrap even existing cuts, and to announce a substantial increase in output, accompanied by deep discounts for April futures in a bid to gain increased market share. Other nations including Russia followed suit, with the ensuing price war bankrupting at least one major US shale producer, and leaving Moscow and Riyadh eating into their national reserve funds as prices plunged.