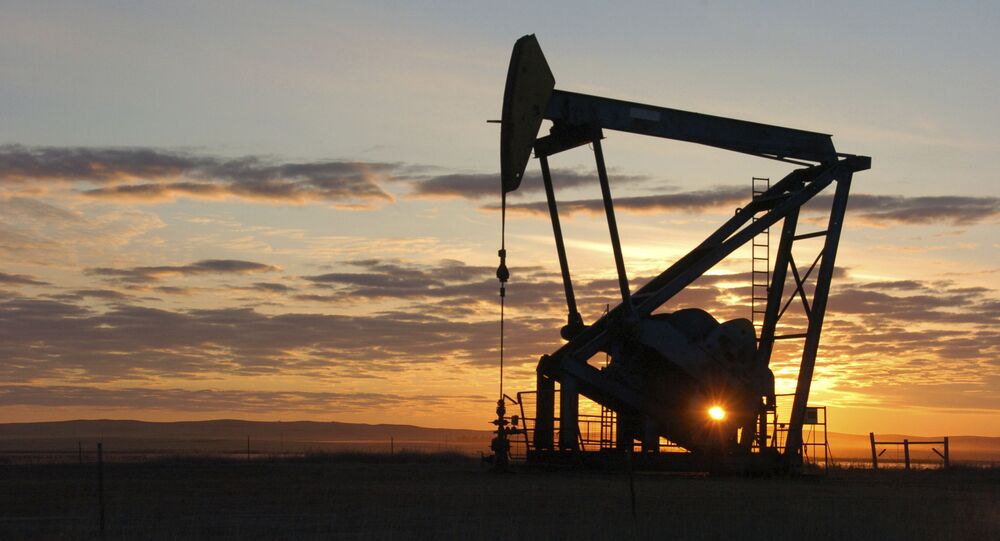 Global crude prices have fallen to levels not seen since 2002 against the backdrop of the coronavirus-induced pause to national economies and the collapse of the OPEC+ deal.

The price of crude oil, already suffering from the first signs of a slowdown in the global economy caused by the coronavirus pandemic, received a powerful new blow on 6 March after OPEC+ members failed to negotiate a new extension to production cuts, even as Saudi Arabia announced plans to flood the world with cheap oil.

A month later, with oil prices at $13 cheaper per barrel, world petrochemical producers are still flailing to find a way to bring prices to previous levels or at least to a levels that can sustain the industry. A new 9 April conference, to be held online between the OPEC+ members, and 'guests' from countries who had previously not participated in the collective production cuts, offers no guarantees that a new deal will be reached.

While the reasons that prevent the oil-producing countries from reaching an agreement remain unclear, media and energy experts suggest a number of possibilities as to why a new deal has not been struck and may not be struck in the near future.

Bloomberg suggested, citing anonymous sources, that both Moscow and Riyadh, key players for the OPEC core, could not agree on production cuts that suit both countries. The OPEC+ deal originally collapsed after Moscow dismissed the idea of reducing global oil output by an additional 1.5 million barrels per day through the second quarter of 2020.

While economic losses for oil producers are obvious right now, with prices only recently returning to levels of self-sustainable production, the two major players on the market, Russia and Saudi Arabia, may still be uninterested in signing a new OPEC+ deal, Foreign Policy expert Keith Johnson suggested. The expert noted that, despite the collapse of the oil market, US shale producers continue to boost output, giving both Moscow and Riyadh 'zero reason' to cut their own production.

Johnson went as far as to suggest that the collapse of the deal was "deliberate strategy" by the two countries to win back shares of the market taken by US shale oil companies, despite the fact that Moscow repeatedly indicated its readiness to make a new OPEC+ deal in the past month.

A deal is still within reach, however, according to reports. Matthew Reed, vice president at Foreign Reports energy consultancy suggested that Washington might raise Riyadh's interest in a new deal if the former vouches to take part.

"I'll believe the White House is getting serious when they start engaging American companies and state regulators on the question of domestic cuts. That would get Saudi Arabia’s attention, I think", he said.

Economist Warwick Knowles, from analytics company Dun & Bradstreet, told Market Watch that the US is responsible for a major part of the world's crude production, making it unlikely that other countries will agree to limit crude output without Washington on board.

"Saudi Arabia, Russia and other countries may question why they should cut back their production [...] From their perspective, the US shale sector could benefit not only in terms of increased output, but also stronger prices", he said.

Another possible reason for the countries' reluctance to agree on new production cuts amid the rapidly declining demand caused by the pandemic is not political or economic, but technical. Certain oil companies, especially those drilling on off-shore platforms, will face major costs if they freeze operations.

These costs are so high that even selling oil at a price not covering operational losses is still more profitable than closing the drill site for good. Some firms went as far as to pay buyers to take their crude as otherwise these companies will face bills for storage.

Even if the countries agree to cut production it will be difficult to determine what nation should cut how much for the agreement to be "fair" as US President Donald Trump recently called it. Victor Kurilov, an economic analyst for the Russian Institute of Economics and Finance, indicated that both US and Saudi shale oil companies can reduce their output in a less harmful way than others and suggested that such a "fair agreement" would include bigger cuts for these countries, rather than those who would suffer more from freezing their assets.

Russia, with oil sites that may not be easily closed and reopened, indicated in March its unwillingness to further reduce crude production, but in the light of the lasting crisis, Russian President Vladimir Putin suggested that the country might agree on a certain level of output reduction, if other states join in.