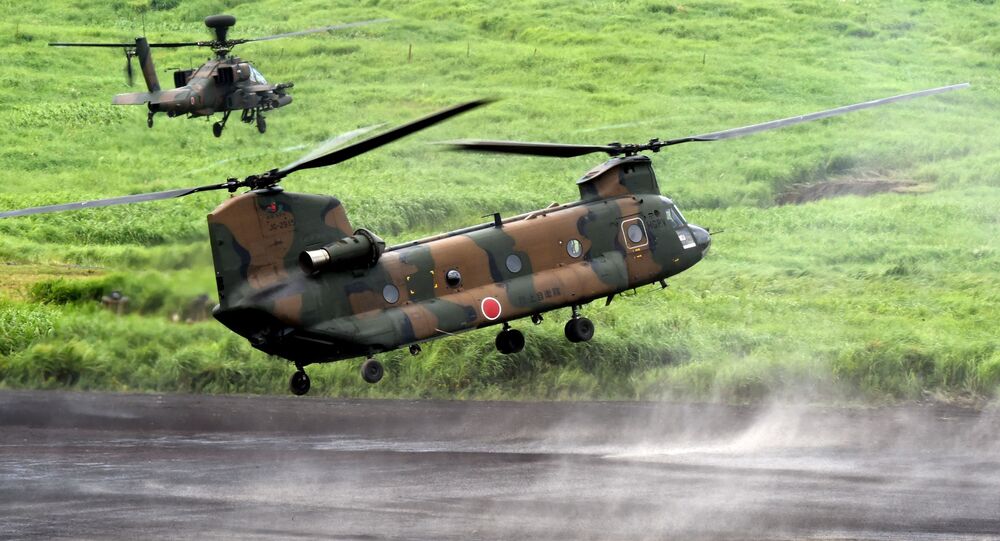 Production of several Boeing helicopters and related vehicles will cease for several weeks as the company shuts down its factory amid the continuing COVID-19 pandemic, the company announced Thursday.

Aircraft maker Boeing will temporarily close its factory in Ridley Township, Pennsylvania, for two weeks “in light of the company's continuous assessment of the spread of COVID-19 in the region,” the company announced on Thursday. The closure will begin on Friday and extend until April 20.

The plant makes many of the company’s vertical lift aircraft, including the H-47 Chinook and MH-139A Grey Wolf helicopters and the V-22 Osprey tiltrotor aircraft.

"Suspending operations at our vital military rotorcraft facilities is a serious step, but a necessary one for the health and safety of our employees and their communities," Steve Parker, Boeing Vertical Lift vice president and general manager and Philadelphia site senior executive, said in a Boeing news release.

"We're working closely with government and public health officials in the tri-state region. We're also in contact with our customers, suppliers and other stakeholders affected by this temporary suspension as we assist in the national effort to combat the spread of COVID-19,” Parker said.

© AFP 2020 / MARWAN NAAMANI
US soldiers stand in the shade of the wing of a Bell Boeing V-22 Osprey, a US multi-mission, tiltrotor military aircraft, displayed at the Dubai Airshow on November 8, 2015

More than 7,000 cases of COVID-19 have been detected in the state of Pennsylvania, according to the US Centers for Disease Control and Prevention (CDC), but the neighboring states of New Jersey and New York have well over 100,000 combined cases.

“The company will conduct additional deep cleaning activities at buildings across the site and establish rigorous criteria for return to work,” Boeing said in the statement.

The company noted that Philadelphia-area employees who are able to work from home will do so, but those who cannot work remotely will receive 10 days of paid leave covering the period of inaction.

According to the Delaware County Times, the Ridley Park factory employs more than 4,600 workers, roughly one third of whom work the assembly lines.

On March 23, Boeing announced its Puget Sound factory in Washington state was closing for two weeks for similar reasons. No announcement has yet been made about the company’s airplane works in North Charleston, South Carolina, which produce 787 passenger jets.

The Philadelphia Inquirer noted that Boeing has substantial cash on hand to weather the economic crisis, including a $14 billion loan it took out last month and “about $10 billion” in its coffers. The company has also suspended dividend payments to its shareholders for the year.

Boeing May Lose Up to $18.7 Billion Over Problematic 737 Max - Reports

Boeing Suspends Dividends, CEO Pay to Get Financial Stimulus From US Gov't Amid COVID-19 Pandemic