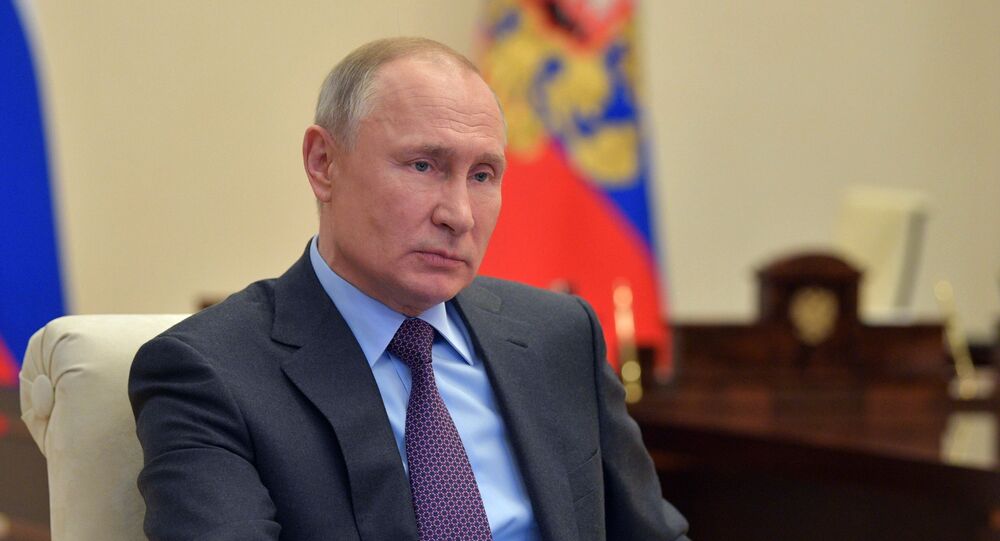 The Russian president and members of the cabinet and oil industry officials met via videoconference on Friday to discuss the situation on the global energy markets. Oil prices suffered their worst decline in decades in March after Russia and Saudi Arabia failed to reach a deal on output cuts amid the ongoing COVID-19 crisis.

© REUTERS / TOM BRENNER
U.S. President Donald Trump stands in front of a chart tracking coronavirus cases in the United States as he faces the daily coronavirus response briefing at the White House in Washington, U.S., March 31, 2020.