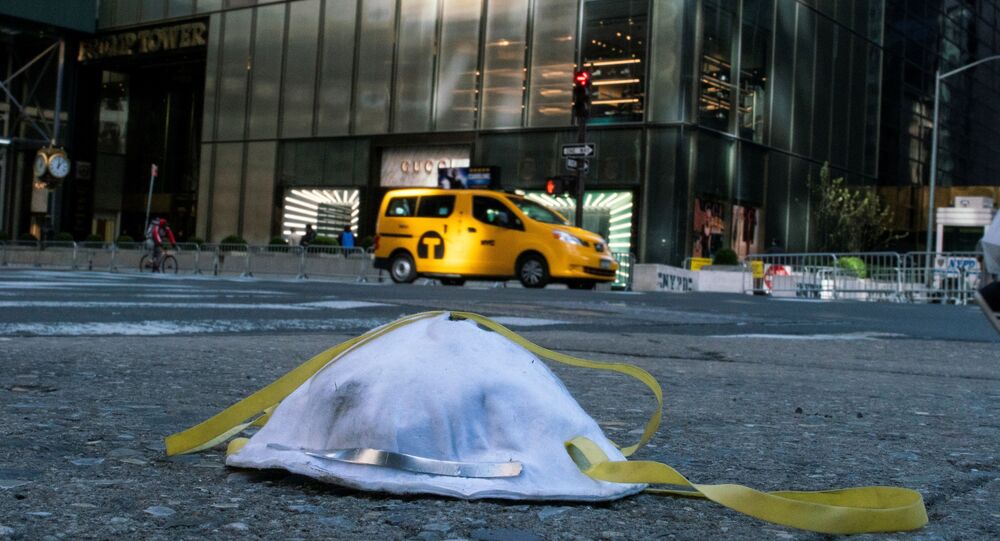 The ongoing market turmoil is causing headaches for Donald Trump – primarily because of the alarming death rate and unprecedented job losses, but in no small part because his own business empire has taken a hit as well.

US President Trump has seen his fortune shrink by a third as the coronavirus pandemic is gripping the global economy, Forbes reports.

The magazine estimates that Trump’s net worth was at $3.1 billion at the beginning of last month, but dropped to $2.1 billion by 18 March.

Trump is the owner of the eponymous organisation, which comprises more than 500 legal entities, including properties in nearly two dozen countries.

He had stopped running his family business to run the government, but did not sell it and gave control over the empire to his two adult sons. They ostensibly do not discuss business with Trump but brief him on the overall profits, he said in 2017.

The figures represent volatility on the market and are likely to change depending on where the price of stocks will head. Since 18 March, which was the milestone for Forbes calculations, the shares of some of Trump’s assets have picked up several percent, so they may be different from those cited in this article.

At the heart of Trump’s empire are real-estate holdings; according to Forbes, their value plunged from $1.9 billion to $1.2 billion.

The Trump-owned residential real estate was worth an estimated $148 million, down from $235 million on 1 March, while the golf course business shrank from $271m to $217m.

The value of Trump’s hospitality holdings reportedly dropped dramatically from $107m to $38m, and his hotel licensing and management business portfolio decreased from $80m to $42m.

His other assets, which include the Mar-a-Lago resort and the Trump Tower penthouse, were valued at $295m as of 18 March, compared with $348m before the pandemic.

What remained untouched was Trump’s war chest, which he accumulated by selling some of his stocks. It is said to make up $160 million.