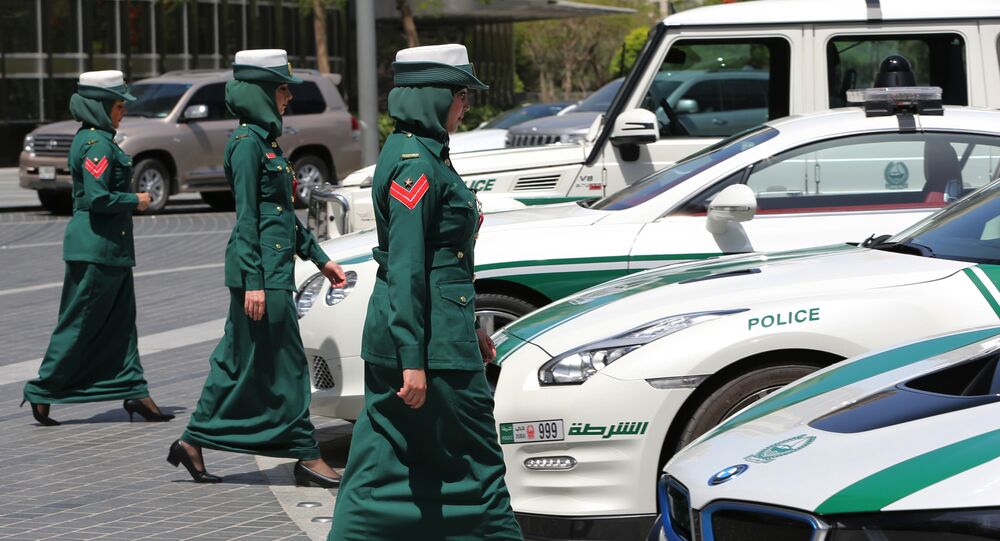 According to Fickling, Gulf monarchies’ low breakeven production prices (of as little as $17 per barrel) don’t necessarily give them an advantage over competitors, given their dependence on far higher crude prices to keep budgets balanced and to support their dollar-pegged currencies.

“The region’s central banks and sovereign wealth funds have assembled vast sums to see them through such a crisis, as well as the longer-term risk of declining demand. Faced with lower prices, however, these buffers could disintegrate quickly,” the analyst warns.

Specifically, Fickling points out that structural changes in Gulf economies in recent years have made them more vulnerable to fluctuations in oil prices. The net financial assets held by Saudi Arabia’s government, for example, which includes central bank reserves plus the sovereign wealth fund minus government debt currently stands at just 0.1 percent of GDP, down from as much as 50 percent half a decade ago, at the end of $100+ a barrel oil prices. This, the columnist notes, means that the kingdom “is now likely to be a net debtor for the foreseeable future, even if prices rise back above $80.”

Last month, the International Monetary Fund calculated that if prices continue their slide to the $20 a barrel mark, the estimated $2 trillion in net financial assets of the six Gulf monarchies (Qatar, Kuwait, Bahrain, Saudi Arabia, Oman, and the United Arab Emirates) may run out by 2027.

However, according to a separate IMF report, even with oil prices in the $50-$55 a barrel range, Riyadh’s reserves could fall to less than half a year’s coverage of imports by 2024.

Bloomberg points out that that the Gulf sheikdoms have already carried out major cuts to state budgets after the 2014 price drop. “If [prices] fall to an even-lower ledge, there will be pressure to add further taxes and shrink bloated civil services. Neither will be popular with citizens who have never been allowed a democratic vote. Lavish defence and security spending, which accounts for nearly a third of Saudi Arabia’s budget, may have to shrink,” Fickling notes.

Just as significantly, the drop in oil prices may lead to an end in the Gulf kingdoms’ habit of buying up foreign assets (such as the $183 billion in US securities held by Saudi Arabia), which could have a negative impact on the US itself.

“The monarchies have surfed a remarkable tide of wealth over the past half-century or so, but every wave eventually crashes. Future generations will never again see the wealth that current subjects enjoy. Perhaps the Gulf wasn’t spared from oil’s curse, after all. That moment was only deferred,” Fickling says.

Saudi Arabia’s ministry of finance announced cuts to the kingdom’s budget spending last week, with the cuts worth $13.2 billion, or 5 percent of the total budget. The ministry promised that the cuts would focus on areas that would have “the least social and economic impact,” without specifying the expenditures on the chopping block.

The Gulf kingdoms weren’t the only oil-exporting nations to feel the pinch of tumbling prices. Last week, the Trump administration announced plans to purchase some 77 million barrels of oil from domestic producers to top up the country’s strategic oil reserve. With breakeven prices of up to $68 per barrel, US shale oil has been hit harder than most other major producers by the downturn in prices. Oil and gas account for about 7 percent of the US’s GDP, with over 10 million Americans dependent on the energy sector for jobs.

As a major oil exporter, Russia too has felt the pinch of falling prices. That said, the country's finance ministry calculated earlier this month that it could plug up any holes appearing in the budget due to the oil glut thanks to about $150 billion in liquidity in the sovereign wealth fund, calculating that the country could wait out $25-$30 per barrel oil for between six and ten years.

The drop in crude prices came after the Saudi-led Organization of Petroleum Exporting Countries and its partners including Russia failed to reach a deal on collective cuts in production in talks in Vienna, Austria earlier this month, with OPEC+ subsequently abolishing output restrictions and Saudi Arabia launching a price war, slashing April future prices by $6-$8 and announcing millions of barrels per day in additional production. Other countries in the region and Russia have since followed suit.