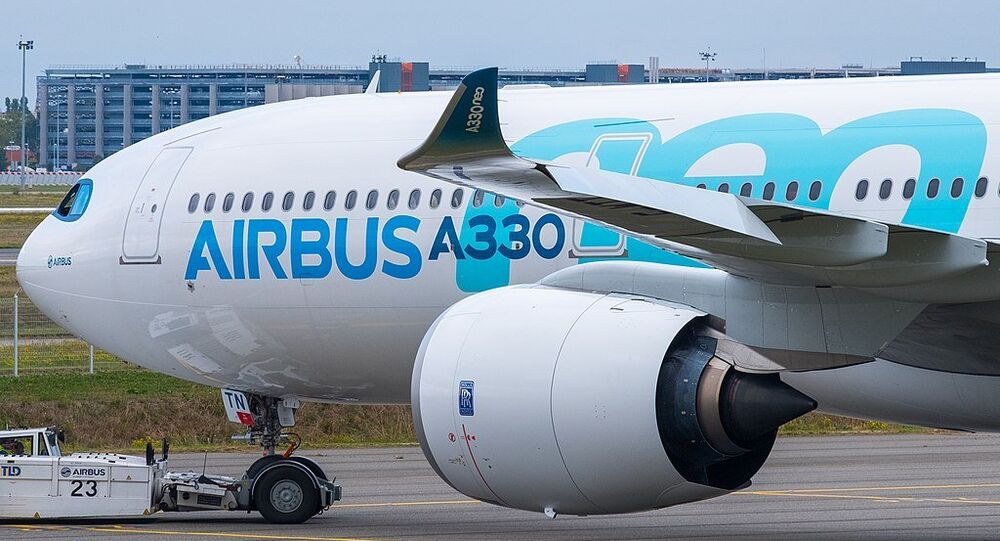 The world's largest planemaker partially resumed production on Monday at its French and Spanish assembly plants after implementing "stringent measures" due to the coronavirus epidemic, the company revealed on late Sunday.

Airbus' plants in France and Spain have ceased operations for roughly a week in order to complete “extensive work in coordination with its social partners to ensure the health and safety of its employees, while securing business continuity", the planemaker said on Sunday.

Workstations would only reopen after complying with new health and safety measures on "hygiene, cleaning and self-distancing while improving the efficiency of operations under new working measures", the company announced on Sunday, adding that similar measures being adopted across all facilities.

The news comes after the aviation giant's Final Assembly Line in Tianjin, China reopened in February after being struck by the epidemic, with the Hebei-based plant operating "efficiently".

Airbus reaffirmed its support to "those in the health, emergency and public services that rely on its aircraft, helicopters, satellites and services to accomplish their critical missions”, adding it had donated thousands of face masks to hospitals and public service facilities across Europe.

A test A330-800 was also used to transport roughly 2m masks from Tianjin, with additional flights set to take place in the coming days, the company reported.

Airbus chief executive, Guillaume Faury, said that health and safety were the company's "number one priority" and that the French and Spanish sites would only reopen after meeting "required standards".

“At the same time we are doing all we can to support those on the frontline to fight the coronavirus and limit its spread. We try to live up to our values, humbled by the complexity of the situation, and contribute as much as we can to society in these very difficult times," he said.

The news comes after the planemaker unveiled further measures to boost liquidity as the virus continues to batter the industry. Measures included a rise in liquidity from €20bn to €30bn as well as preparations for pandemic operation scenarios and suspending voluntary top ups in pension funding, among others.

"I am convinced that Airbus and the broader aerospace sector will overcome this critical period," Mr Faury concluded.

The measures were taken after numerous aviation associations urged the European Union in open letters to take action to protect the sector from haemorrhaging profits and cancellations caused by the pandemic, namely by helping procure long-term strategies to stabilise the industry and providing vital support for workforces affected by the receding economy.

All Football Matches in Spain Suspended Indefinitely Due to Coronavirus Pandemic