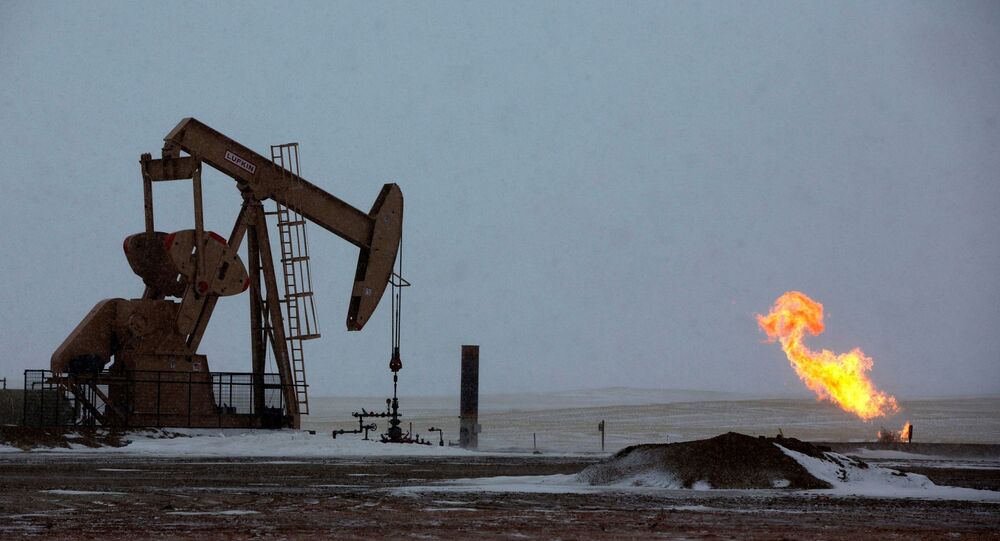 MOSCOW (Sputnik) - Oil prices are falling at increased rates amid the coronavirus pandemic, with an 8-10 percent slump seen in the early hours of Monday.

West Texas Intermediate (WTI), the New York-traded benchmark for US crude prices, settled down 10 percent at $21.5 per barrel.

Brent, the London-traded global benchmark for crude, settled trade down over 8 percent at $25.13 per barrel.

For the last week, the US crude benchmark was down 29 percent. That was WTI’s biggest weekly loss since the week ending 13 January 1991, when it fell 29.5 percent, according to historical data. At the same time, Brent lost 25 percent.

Oil prices have suffered double-digit losses for four straight weeks now, leaving WTI with a year-to-date loss of 63 percent and Brent with an annual deficit of 59 percent.