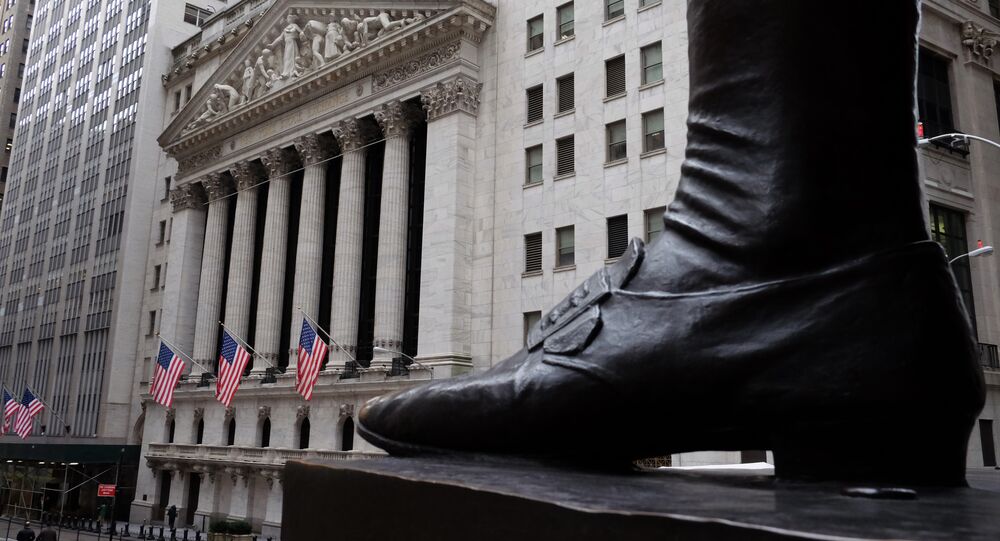 US President Donald Trump has stated that he thinks the financial markets will bounce back, but also that the Federal Reserve should cut interest rates again.

Notably, moments earlier, the price for both Brent and WTI fell by 5.6 percent.

Donald Trump earlier in the day commented on the US jobs data, praising the numbers.

"Job numbers are incredible", the US president stated after new Labour Department data revealed that the US economy added 273,000 new jobs in February after an equal increase in January.

But "the Fed should cut and the Fed should stimulate", Trump told reporters as he signed a bill providing $8.3 billion to tackle the coronavirus.

© AP Photo / Carolyn Kaster
Pompeo Claims ‘Imperfect Coronavirus Data’ From China Has Put US ‘Behind the Curve’
US stocks tumbled about three percent on 5 March after the state of California declared an emergency over the novel coronavirus, while health authorities across the United States are working to contain the outbreak in the world’s largest economy.

A total of 11 Americans have died so far from the novel strain of the coronavirus, while more than 100 others in the United States have been infected.