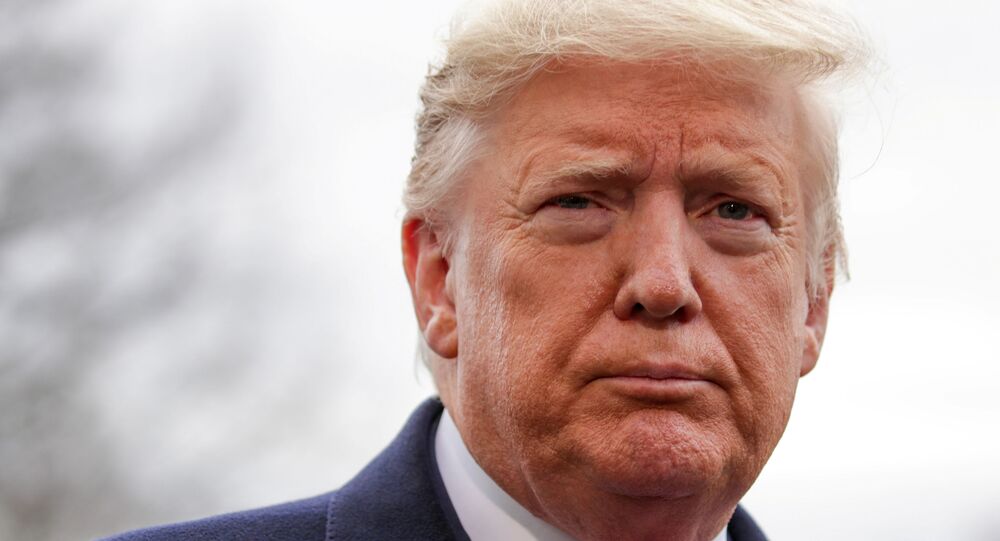 The development comes as the virus continues to spread across the world with cases now being reported in Croatia, Switzerland, Austria, and Brazil. Officials from the US Centres for Disease Control and Prevention (CDC) have warned that it is not a question of if, but when the infectious disease will spread in the United States.

US President Donald Trump is allegedly furious about the plunge on global financial markets caused by the outbreak of the coronavirus, The Washington Post reported citing two anonymous sources close to the president. The newspaper said Trump is highly concerned about the situation on stock markets and advised his aides against making forecasts on the disease fearing this may lead to more uncertainty and further destabilise markets.

Stocks opened up slightly higher on Tuesday after Monday’s fall, but then began to slide with the Dow Jones falling 879 points, bringing the overall number to 1,900 – the worst two-day percentage loss since 2016. Markets started tumbling after CDC officials warned that the situation regarding the coronavirus in the United States may worsen. "We are asking the American public to work with us to prepare in the expectation that this could be bad", Dr Nancy Messonnier, a top official at CDC, told reporters on a conference call.

President Trump took to Twitter on Monday and Tuesday assuring that the situation is under control.

CDC and my Administration are doing a GREAT job of handling Coronavirus, including the very early closing of our borders to certain areas of the world. It was opposed by the Dems, “too soon”, but turned out to be the correct decision. No matter how well we do, however, the.....

....Democrats talking point is that we are doing badly. If the virus disappeared tomorrow, they would say we did a really poor, and even incompetent, job. Not fair, but it is what it is. So far, by the way, we have not had one death. Let’s keep it that way!

​Trump was echoed by White House National economic adviser Larry Kudlow, who said US officials have contained the virus and that the potential economic threat to the US economy caused by the disruption of supply chains and instability on the markets has not materialised. Kudlow stressed that the situation on the markets may be beneficial for investors. "To me, if you are an investor out there and you have a long-term point of view I would suggest very seriously taking a look at the market, the stock market, that is a lot cheaper than it was a week or two ago", Kudlow told CNBC.

US health officials were less upbeat about the situation with the coronavirus. Dr Nancy Messonnier, a top official at the Centres for Disease Control and Prevention said it was no longer a question of if but when the infectious disease will spread in the United States. Some 57 US citizens have contracted Covid-19.