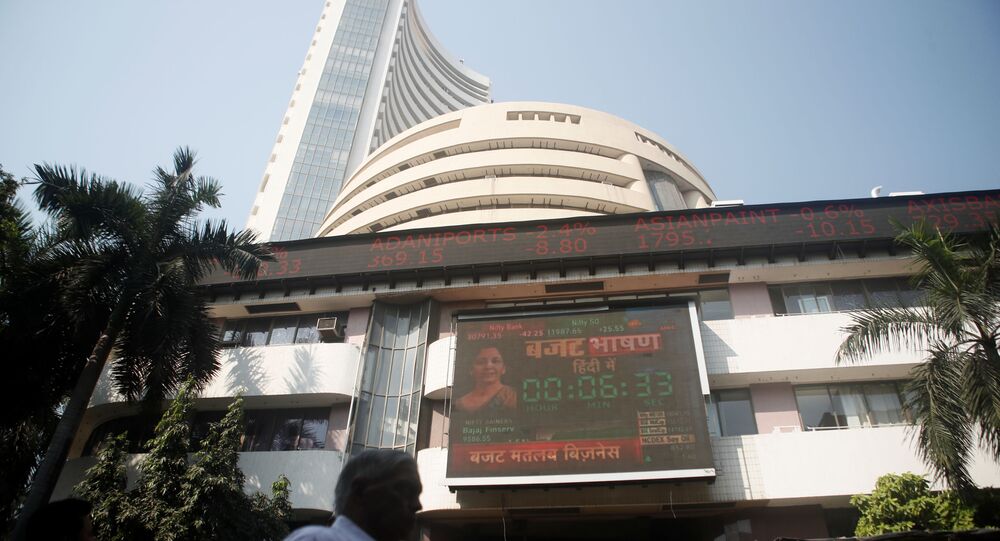 New Delhi (Sputnik): Equity markets across Asia witnessed a sharp fall on Monday as concerns grew among the investors that global economic growth could receive a more sustained hit than expected. The rising number of cases in South Korea, Italy and Middle East have been denting the growth prospect in already struggling world economy.

Rising cases of coronavirus outside China have spooked investors across Asia on the first day of the week. The Indian equity market, Sensex and Nifty, fell over a percent in the opening trading, with across-the-board selling.

India's currency, the rupee, also breached a two-month low mark on Monday and was trading around 71.89 against the American dollar,which is 0.34 percent weaker than Friday's closing.

Earlier, the South Korean market received a massive blow and selling pressure led to a three percent drop while similar trends were also witnessed in Hong Kong, Sydney and Shanghai.

Cautious investors have been selling equity holdings in anticipation of the announcement of major downside risks to the world economy by finance chiefs and central bankers from the European Union and the US later this week.

Crude prices also registered a fall of more than 3 percent and investors fled to secure their investments by buying gold. It is believed that the money would be safe in assets, such as the dollar, gold and US Treasury bonds, as investors feel that the epidemic’s impact will be lesser felt in the United States.

The market decline started after South Korea saw a 20-fold increase in coronavirus cases in last five days, with Asiana Airlines and Korean Air announcing the suspension of flights to some Korean cities until March 9 and March 28 respectively. South Korea's health department reported 161 new cases on Monday, taking the total to 763.

The virus also spread in Italy as recent reports suggest that coronavirus infections rose to 140 in the European nation.