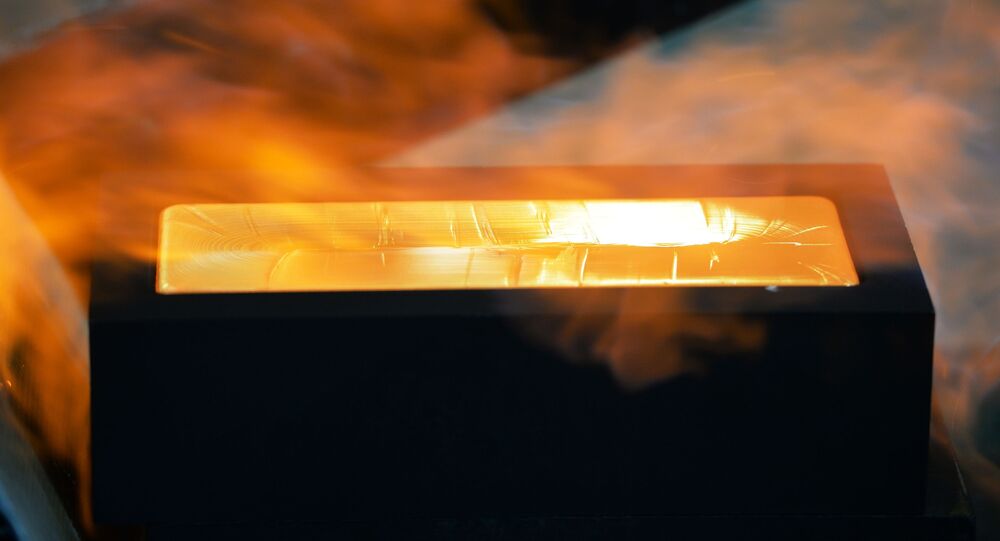 Late last month, Russia’s Central Bank released statistics indicating that the country managed to retain its recently-won fifth place among the countries with the largest gold reserves, increasing its lead over China and gaining on third and fourth place holders Italy and France.

The country's total gold reserves stood at 73.2 million troy ounces (2,276.8 tons) as of 1 February, which is equivalent to around $116 billion, the Central Bank of Russia (CBR) reports.

According to the CBR’s latest data, the past month has seen Russia continuing to fill its state coffers with the precious metal, adding almost seven tons of gold to its reserves in January.

The developments followed gold prices increasing to $1,619.20 per ounce on Thursday, a 7-year high that comes as traders turn to traditional safe havens amid the coronavirus outbreak.

This was preceded by the CBR releasing statistics in late January which showed that Russia retained its recently-won fifth place among the countries with the largest gold reserves.

Russia managed to increase its lead over China, coming on the heels of Italy and France, with 2,452 tonnes and 2,436 tonnes, respectively, the statistics revealed.

In the past couple of years, Russia has used gold, yuan, euros and other currencies to cut down on the dollar’s share of its $500 billion international reserves cushion. The country dropped greenbacks and Treasuries amid deteriorating relations with Washington and the signing of deals with major trade partners such as China and India using local currencies.

In May 2019, the World Gold Council reported that net purchase of gold by the CBR had been the highest in the first quarter of that year. Russia bought 55.3 tonnes, bringing the country's gold reserves to 2,168.3 tonnes, while dramatically reducing its US Treasury holdings as part of its de-dollarisation plans.

CBR head Elvira Nabiullina has repeatedly stressed that the country has been diversifying its foreign exchange reserves more than other states due to the economic and political risks that it faces.