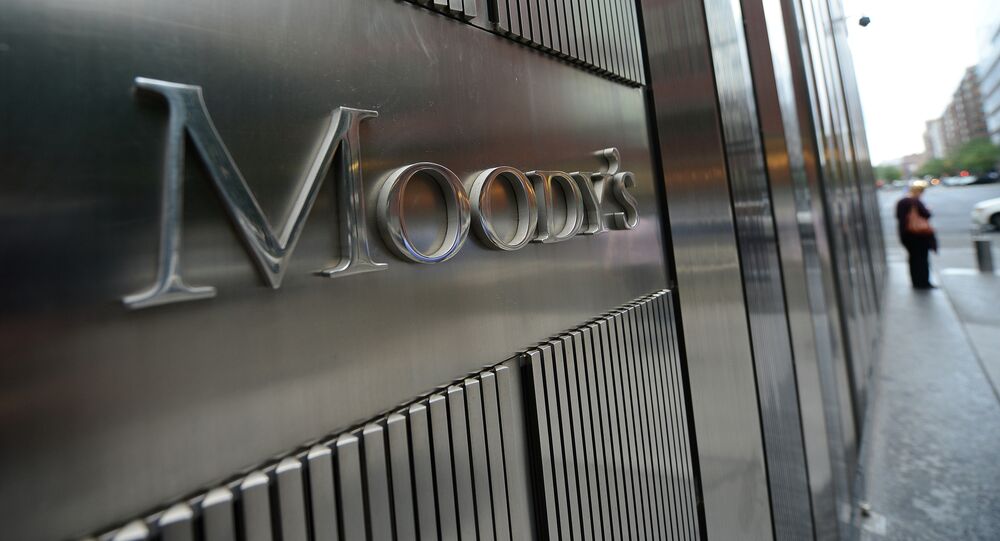 Indicating bad news for the Indian economy may last longer, Moody's Investors Service — the global credit rating agency — has slashed the growth outlook for the South Asian country in 2020 from 6.6 percent to 5.4 percent.

This growth forecast is much lower than the Indian government's expectation, which it had put out in the Economic Survey in Parliament on 31 January 2020.

"While the economy may well begin to recover in the current quarter, we expect any recovery to be slower than we had previously expected. Accordingly, we have revised our growth forecasts to 5.4 percent for 2020 and 5.8 percent for 2021, down from our previous projections of 6.6 percent and 6.7 percent, respectively", Moody’s said on Monday.

Indian Finance Minister Nirmala Sitharaman earlier claimed that the economy was not in trouble and cited several macroeconomic tools including net positive foreign portfolio investment, the national infrastructure pipeline, growth in the Index of Industrial Production and Purchasing Managers’ Index to substantiate her claim.

© REUTERS / ANUSHREE FADNAVIS
Twitter Abuzz With Budget Fervour as Indian Finance Minister Gears Up for Presentation in Parliament
The slow recovery is widely expected to further put immense pressure on the Indian government, which is facing criticism from the opposition for ignoring the fundamentals of the economy and fuelling Hindu "nationalism" to hide the failure.

Currently, the Indian exchequer is reeling under an immense shortage of funds that is hampering infrastructure projects in the country worth around $57 billion.

Moody's also reduced its global growth projection, claiming that “the coronavirus outbreak has diminished optimism about prospects of an incipient stabilisation of global growth”.

Amid the coronavirus outbreak, Japan has reported its worst quarterly growth contraction in more than five years. Official information released on Monday, suggests that the Japanese economy shrank 1.6 percent during the October-December 2019 quarter.

At the moment, the death toll from the new virus has reached 1,770 in mainland China, with the total number of registered cases at 70,548.