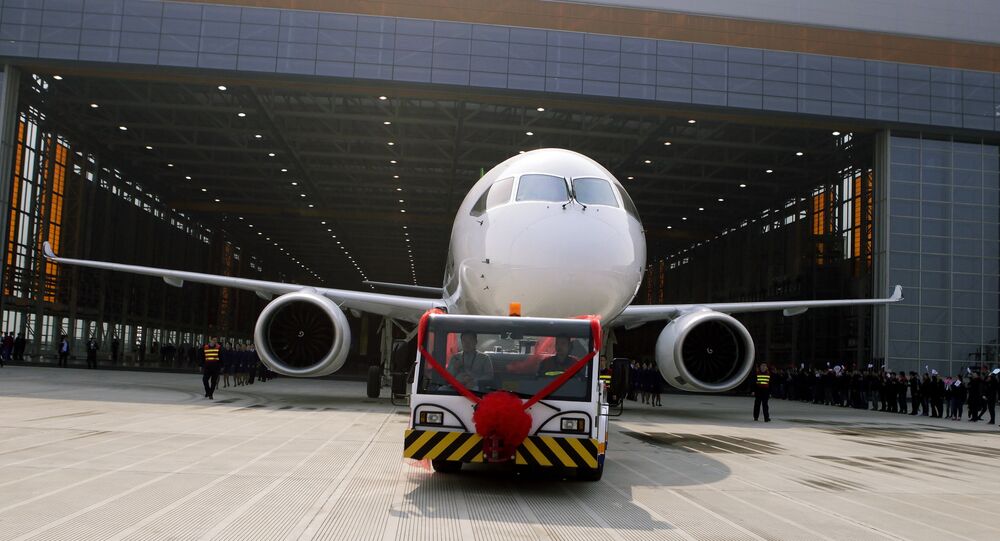 Last week, the Justice Department slapped criminal charges on Chinese telecoms giant Huawei and two of its US subsidiaries, accusing them of racketeering and the theft of trade secrets. The company dismissed the allegations as “utter nonsense.”

The Trump administration may move to block deliveries of General Electric and French Safran SA developed LEAP 1C jet engines to China amid renewed tensions over alleged technology theft, multiple sources said to be familiar with discussions on the matter have told the Wall Street Journal.

The engines, selected by Chinese aerospace manufacturer Comac for use aboard the new C919 narrow body twinjet airliner, planned to be introduced in 2021, could stop being delivered to the country if Washington denies export licenses.

An inter-agency cabinet meeting on the issue is expected to take place on Thursday, with another expected February 28 to discuss the engines and other China trade-related policies. Along with the GE/Safran engines, the restrictions may apply to other US-made components for Chinese airliners, including Honeywell International flight control systems. Honeywell had earlier expressed interest in building the flight control system for the CRAIC CR929, a Russian-Chinese long-range wide body twinjet airliner currently in development.

According to WSJ, US officials fear that China may reverse-engineer the Western-designed engines and stop purchases in favour of a domestic variant. This is a technique thought to have been used repeatedly by China over the past decades on everything from toys to automobiles and military equipment. However, General Electric has lobbied to continue deliveries, saying reverse-engineering the LEAP 1C may prove more difficult than US officials believe. The company has already supplied China with LEAP engines since 2014, reporting no problems.

The Comac C919 made its first flight in May 2017, with commercial deliveries planned to begin as soon as next year. The plane, intended to compete with the Boeing 737 MAX and the Airbus A320neo, has over 300 firm orders and over 1,000 commitments from over two dozen Chinese airlines and companies.

The technology-related conflict between Washington and Beijing comes a month after the signing of the so-called Phase One trade deal, which committed China to purchase some $200 billion in US goods over the next two years. Washington, meanwhile, plans to keep heightened tariffs on Chinese goods in place until a second and final phase of the trade agreement can be negotiated and agreed at a later date.

Last week, the US hit Huawei and two of its subsidiaries with fresh criminal charges accusing the multinational of the theft of intellectual property from six US companies in a scheme stretching back over twenty years. Prosecutors in a New York court accused the tech company of directing employees to steal from US firms and promising bonuses to those who could procure the most valuable information. The fresh charges compounded those unveiled against the company in 2019, when it was alleged that Huawei had stolen trade secrets from T-Mobile. Huawei dismissed the new allegations, saying they had “nothing to do with facts and reality.” The company’s vice president, meanwhile, suggested that Washington seems to be hoping that if it “throws enough mud, some of it will stick”.

© AFP 2020 / TOLGA AKMEN
(FILES) In this file photo taken on April 29, 2019 A pedestrian walks past a Huawei product stand at an EE telecommunications shop in central London

Despite the new charges, Washington issued another 45 extension Friday allowing US tech companies to continue to do business with Huawei, with the waivers issued repeatedly since May 2019, when Washington formally blacklisted the company. Companies like Microsoft and Intel have been allowed to continue selling components, services and technology to Huawei amid fears of multi-billion-dollar losses if commercial contracts are cut.