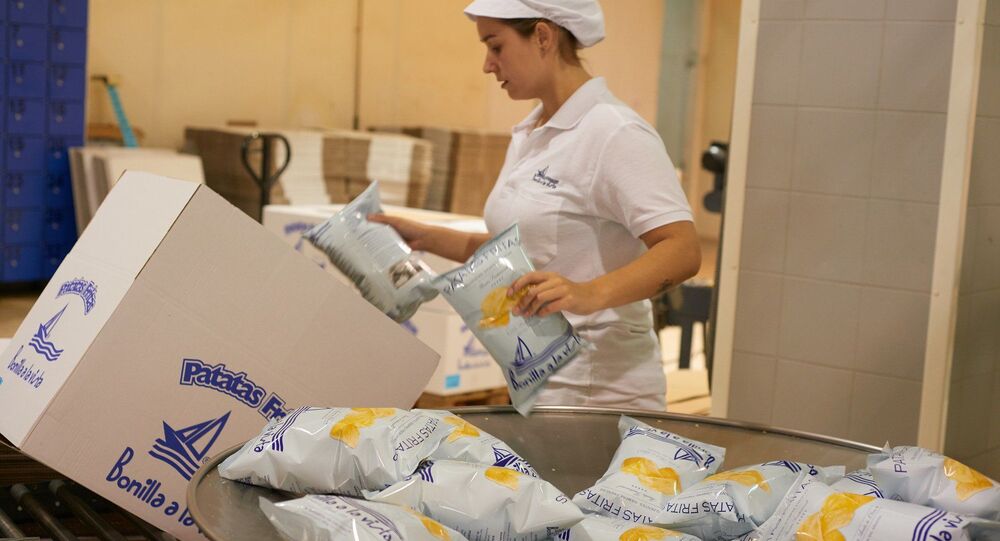 At the 2020 Academy Awards held last week, a film by South Korean director Boon-Joon-ho won in four nominations, including the most prestigious – Best Picture.

Following the 92nd Academy Awards (Oscars), Spanish crisp and churros producer Bonilla a la vista has seen a 150 percent sales surge, as it turns out that the company's distinctive tins appeared in the Oscar-winning film Parasite, The Guardian reported.

The crisps, which were quite popular in South Korea even before the film came out, began to trend due to social media influencers - leading to a 150 percent surge in online sales.

“We actually only found out about the tin being in the film through friends and customers who clocked it. It was a complete surprise, but rather a lovely one. Sales have gone up a lot but, oddly, it’s mainly been in Spain. Our distributors have asked us for more merchandise to meet the demand", a spokeswoman for Bonilla said.

At the same time, the firm’s head Cesar, the son of Salvador Bonilla – who started the business back in 1932, said that the company's product has always spoken for itself.

The Spain-based company, which exports to 20 countries, opened its business in South Korea four years ago and currently, it's sales in the Asian nation amount to some 40 tonnes of product out of a total 540 tonnes produced per year.