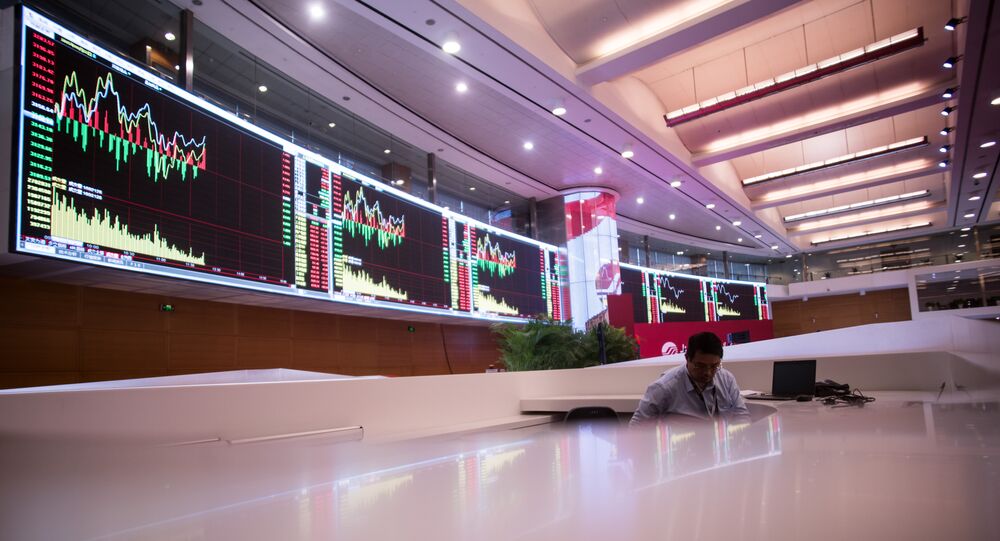 While the Chinese government is taking measures to curb the spread of the new strain and accusing some countries, namely the US, of overreacting, the first day of trading in Shanghai after the Lunar New Year holiday was marked by an 8.7% drop. The Brent oil blend benchmark price also dropped by 4%, reaching a one year low.

Chinese state-affiliated media outlets have warned investors against panic amid the market drop on the first day of trading after the Lunar New Year holiday over coronavirus concerns. An op-ed that appeared in the Securities Times, cited by Reuters, has defined the slump as “normal”, pointing to similar turbulence following the 2002 SARS virus scare as well as the 9/11 terror attacks.

“Such events are usually only a short-term interruption ... and do not have a lasting economic impact”, the article read.

Another state-affiliated outlet, the China Securities Journal, has published a similar piece in which the fall was branded a “black swan” event, having no impact on the fundamentals of the market in long term.

“The impact of the current epidemic ... is necessarily short-term. After release of pessimism, the stock market is expected to gradually stabilise”, the piece said.

After trading in China opened on Monday following the Lunar New Year break, the Shanghai Composite Index dropped by 8.7%. Oil prices have also gone down, as the Brent oil blend benchmark hit a one year low of $53.29 per barrel. The slide dipped to 4% by 16:40 GMT on 3 February. West Texas Intermediate (WTI), which is another benchmark blend, also showed a 3% fall, but recovered to 2.4% below the 1 February closing prices.

The oil consumption in China, which is one of the world's biggest consumers of crude, had slumped by 20% amid the new coronavirus outbreak, as Bloomberg earlier reported.

© REUTERS / Aly Song/Files
Alibaba Group Says Orders Might Experience Disruptions, Avoids Citing Coronavirus
Beijing is now trying to curb the spread of the virus across the country and beyond. It has shut down several Chinese cities and extended the traditional New Year break, which along with the global concerns has impacted the economy’s performance in January.

While several foreign companies, including Google, Starbucks, and Apple, have closed their offices, plants, and stores to block the virus, the Chinese Foreign Ministry has criticised the US for spreading panic over the infection in China without providing any substantial help to curb the outbreak.