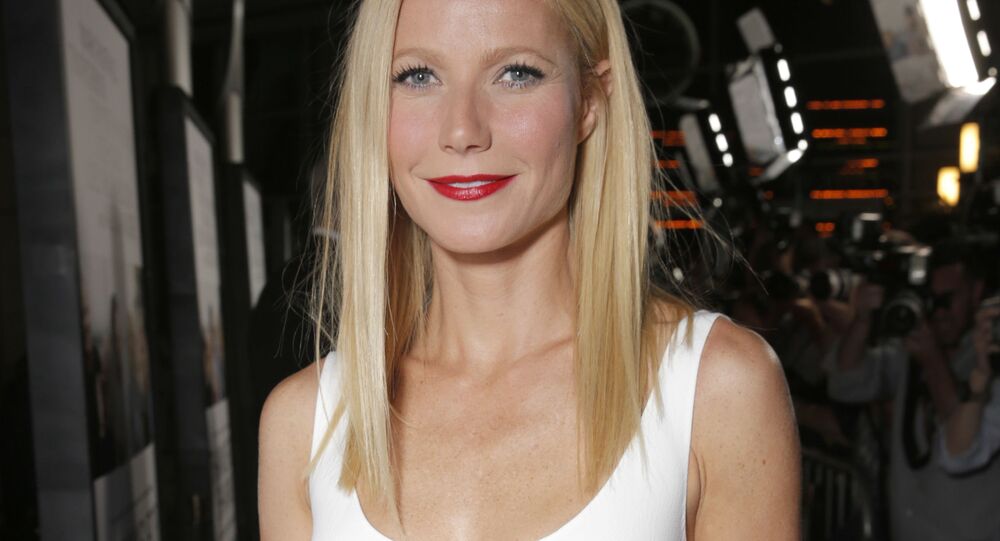 It was simply a matter of time before someone thought of borrowing Gwyneth Paltrow’s saucy idea and applying it to male genitalia. A Canadian firm, however, appears to be after something different than the Iron Man star.

Hardly had the dust settled after the market saw a head-turning lifestyle accessory handpicked by Gwyneth Paltrow for the brand Goop – a candle, which, she promises, “smells like her vagina", than a Canadian firm came up with something to challenge it, creating a “This Smells Like My Penis" candle.

Taxi, an ad agency, created the replica of the Paltrow product not just for the sake of it, but for the purposes of promoting gender pay equality.

The firm presented the attention-grabbing copycat referencing Goop’s assortment and explaining why their product costs $25 more than Paltrow’s brainchild.

The item also comes with a profound, meaningful description reading:

"Burn this candle for the scent of women getting paid 75 cents on the dollar".

The message doesn't appear to have struck a chord with all potential buyers, with one suggesting the difference in price is not demonstrative as these are “two items you would never buy":

The difference in price between two items you would never buy? I guess the cost is still zero.https://t.co/dlfyf6hUWi

Another, meanwhile, tried to roleplay a potential dialogue in his house over a new interior element – a “penis-scented” candle:

me: ah yes, thats my penis-scented candle. it costs more than the vagina-scented one because it was making a statement about the gender pay gap

This is a headline you weren't expecting to see 🤣https://t.co/vZZAmjlsMQ

And it was apparently not only a laughable comment, with many having such hearty laughs that the gender pay inequality issue arguably pales in comparison:

Nothing says “i love you” quite like a penis scented candle this valentines... pic.twitter.com/QAourKZ5jj

Vagina candle smells like my penis candle in the morning.

The company promises to donate all revenues to the Canadian Women’s Foundation.

Company representatives explained at length that the candle is not in any way scented, admitting though that “there were many jokes made in the office about whether we should melt down an Old Spice deodorant stick or make it smell like sandalwood".

Gwyneth Paltrow’s candle, which is currently sold out and is now on many’s waitlist, was inspired by a joke Paltrow cracked while doing business with perfumer Douglas Little, according to the Goop website. The pair was testing out fragrances, with Paltrow picking one she loved and quipping, “Uhh, this smells like a vagina". The candle, priced at $75, boasts a fragrance packed with geranium, citrusy bergamot and cedar, so referencing the clash between the actual scent and name, Paltrow noted it is more of a "punk rock".

She and her wellness company are now featured in a Netflix docu series that outline the creation of the brand and Paltrow’s idea behind it, despite it having recently drawn pretty stiff controversy over allegations of offering pseudoscientific data.