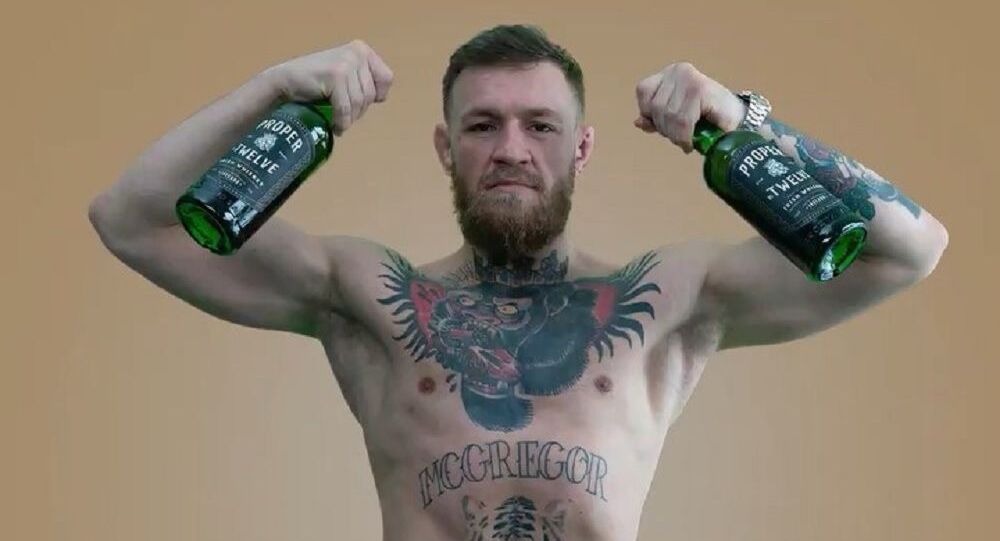 After more than a year away from the octagon, Irish MMA fighter Conor “The Notorious” McGregor put on an outstanding display at UFC 246 Fight Night, beating his opponent Donald “Cowboy” Cerrone in just 40 seconds.

Despite taking home $3 million for the victory over Donald Cerrone at UFC 246, it turned out that McGregor’s whiskey company had brought him even more in its first year of sales, according to the International Business Times.

Per estimates, the company Proper No.12 Whiskey named after the place McGregor grew up, generated over one billion dollars in profit in just one year.

Despite huge gains from the company, the Dublin-born fighter thinks that his sports career will still continue filling his pockets with money.

© REUTERS / Mark J. Rebilas
Trump Responds to Conor McGregor's 'Phenomenal President' Tweet, Congratulates Him on UFC Win
“I’d say about, it could be, I’m estimating a good $80 million. They think I am toast, but I’m still the bread,” McGregor said in an interview with ESPN prior to his 19 January fight.

Conor McGregor launched his own brand of whiskey in Ireland and the United States in 2018 and has promoted it at multiple UFC media events.

According to a statement published on the drink’s website, the whiskey "embodies their shared spirit of brotherhood, loyalty, and hard work."