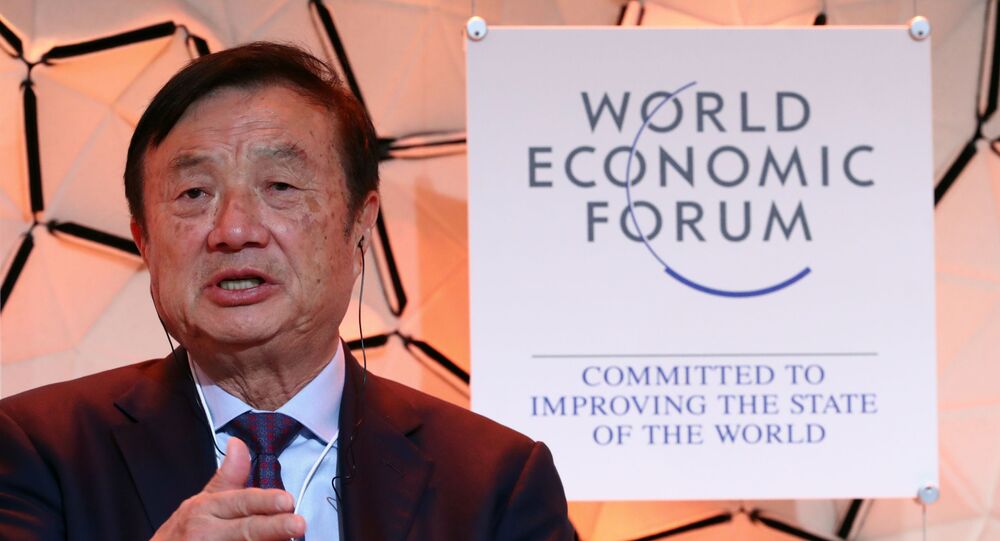 US 'Over-Concerned' With Huawei's Success, Should Work Jointly To Benefit Humanity - Huawei CEO

The founder and CEO of the world's leading IT equipment provider said on Tuesday at a major world forum that he anticipates US authorities to increase its trade war against his company, but such measures would have a 'minimal' impact.

Huawei's Ren Zhengfei made the comments at the 50th annual World Economic Forum (WEF) in Davos, Switzerland during a panel discussion which raised questions on the developments of technologies as dynamics between global powers shifted.

“This year the U.S. might further escalate their campaign against Huawei, but I feel the impact on Huawei’s business would not be very significant,” Ren said at the World Economic Forum in Davos, Switzerland.

He added that Washington was "over-concerned" with Huawei and that world powers would gain more by working jointly to study artificial intelligence in depth to "benefit society".

The US government had not figured out the "implications of AI" just as the Chinese, and both should invest further in "basic education and research", Ren said.

Ren told his audience: "If you look at the education system in China, it's pretty much the same system designed for the industrial age [and] to develop engineers, therefore I think that AI cannot grow very rapidly in China.

Ren Zhenfei added that AI required a lot of mathematicians, supercomputers, super-connectivity and massive storage systems to be successful.

He continued, stating: "Therefore, the US is over-concerned. The US has gotten used to being the world's number one, and that they should be the best in everything they do.

The Huawei founder continued, stating that if others were better than those in the US, "they may not be comfortable", despite trends not indicating so.

Ren concluded: "I think that for the entire humanity, we should do serious studies on AI, and how to use [it] to benefit society.

Huawei employees had "gained experience from last year" and had a "stronger team", he said, adding that the Chinese tech giant was "more confident" it could survive further attacks, the company's chief official added.

The news comes after placed the Chinese tech giant on an entities list in May last year, citing concerns that the Chinese government could use the company's IT equipment to spy on businesses, which both Huawei and Beijing have repeatedly and sharply denied. Washington has also tried to pressure allies such as Germany, France, the UK and others not to allow Huawei to build national 5G networks, and plans to introduce further measures aimed at blocking foreign supplies, Reuters said in early January, citing anonymous sources.

Huawei has begun building its own software ecosystems in response, including its proprietary HarmonyOS operating system and Huawei Mobile Services in a bid to reduce dependency on US technologies. The tech behemoth also struck a deal with Dutch navigation tech company TomTom on Monday and plans to use its mobile services platform to promote app development globally and deepen investment with participating nations.