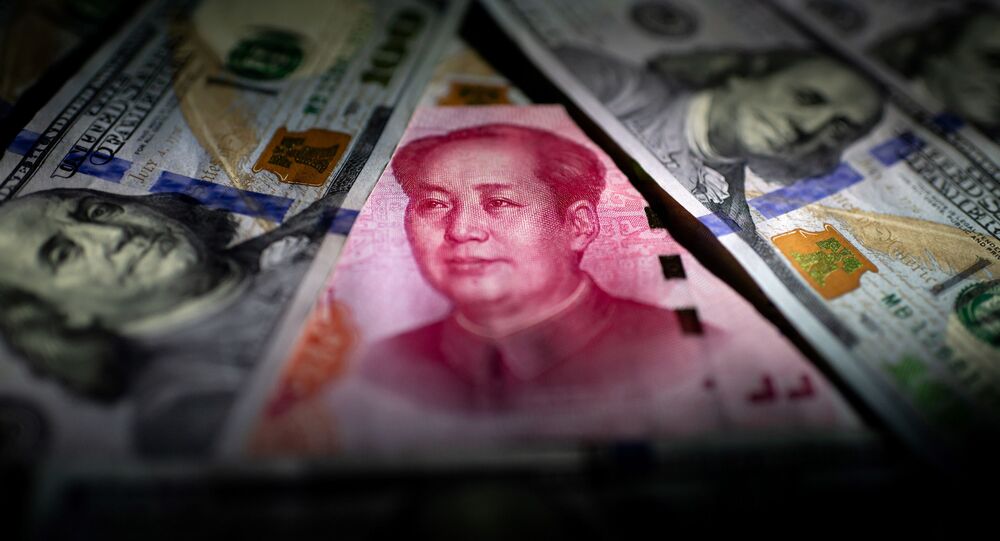 In August, the yuan nosedived to its lowest point since 2008 after Washington blacklisted Beijing as a “currency manipulator”, a decision that was reversed by the US Department of the Treasury on 13 January.

China’s yuan traded at around 6.9 per dollar in the offshore market on Monday, hitting its highest level since July.

The increase came after the Trump administration dropped China’s designation as a currency manipulator.

Some analysts now predict that the yuan may rise to 6.8 per dollar within three months, which will be a level not seen since May 2019.

Bloomberg cited Mitul Kotecha, a senior emerging-markets strategist at Toronto-Dominion Bank in Singapore, as saying that “having a stronger currency is one way to show good will”.

“Signs of a gradual, as opposed to rapid, slowdown in China’s economy and limited decline in China rates will provide support to the currency”, Kotecha added.

The view was echoed by Julian Emanuel, chief equity and derivatives strategist at the global equity research company BTIG, who was quoted by Marketwatch.com as saying that “while markets were firmly focused on Middle East tensions, the Chinese yuan quietly strengthened below its uptrend that developed alongside the trade war, ahead of phase one’s signing expected on Jan. 15”.

On Monday, the US Department of the Treasury announced its decision to scrap China’s blacklisting as a currency manipulator, citing Beijing’s “enforceable commitments to refrain from competitive devaluation, while promoting transparency and accountability”.

The move came ahead of the planned Wednesday signing of the US-China Phase One Trade Agreement which is expected to put an end to the two countries’ tariff war which has been ongoing since 2018.

Economists: Monopoly of the Dollar to Be Replaced by Troika Including Euro, Yuan

People's Bank of China Weakens Yuan Against Dollar by 0.87% Monday