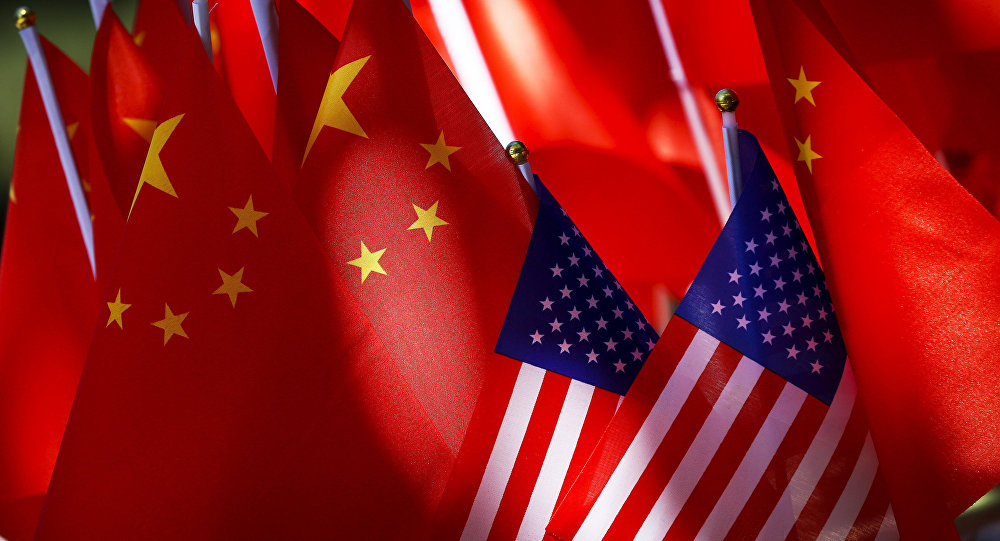 On Sunday, Secretary of the Treasury Steven Mnuchin announced that Beijing’s commitments in the US-China Phase One trade deal had not changed during the process of translation and that they will be released on 15 January, when the agreement is due to be signed in Washington.

The South China Morning Post (SCMP) has cited unnamed sources as saying that the soon-to-be-signed Phase One trade deal between Beijing and Washington will include China’s pledges to buy $200 billion worth of US goods in four industries over the next two years.

The sources asserted that under the deal, Beijing’s manufactured goods purchases are expected to be the largest and will be worth about $75 billion.

Additionally, the agreement stipulates that China buy $50 billion worth of energy, $40 billion in agriculture products and $35 billion to $40 billion in services.

In this context, the SCMP quoted But Rosa Wang, Shanghai-based analyst at agricultural data provider JCI China, as saying that she was “quite confident” that as far as the farming sector-related pledges, China will spend most of the sum on soybeans, as well as nuts, fruit, pork, poultry, corn, sorghum and ethanol by-products.

The sources, in turn, argued that the deal is also expected to strengthen intellectual property protection, and will contain clauses on forced technology transfer, currency, and market access to main sectors of the Chinese economy.

The remarks come after the US Department of the Treasury announced on Monday that it will no longer designate China as a currency manipulator.

US Treasury Secretary Steve Mnuchin, for his part, said in the release from his department that “China has made enforceable commitments to refrain from competitive devaluation, while promoting transparency and accountability.”

He labelled China a "currency manipulator" in August 2019 after Beijing and the People's Bank of China allegedly violated "China's G20 commitments to refrain from competitive devaluation" and allowed the yuan to drop to an unprecedented level of seven yuan-per-dollar.

The People's Bank of China, in turn, stressed that the decision would not only undermine the global financial order and "bring turmoil to the financial market", but would also damage the recovery of the global economy and trade.

US Trade Representative Robert Lighthizer has, meanwhile, told Fox News that his office is "about finished" translating the Phase One trade agreement with China, which is due to be inked in Washington on Wednesday, in a ceremony attended by Chinese  Vice Premier Liu He.

The agreement comes as the world's two leading economies remain engulfed in a trade row due to what US President Donald deemed were China's unfair economic conditions and non-competitive behaviour, allegations that Beijing rejects.

The trade war erupted in June 2018, when the US imposed the first round of tariffs on Chinese imports, prompting Beijing to respond in kind. Tariffs were slapped on tens of billions of dollars worth of Chinese goods, including clothes, toys, phones, and laptops. Also among those companies which have come under pressure is the Chinese tech giant Huawei.